Remember When Bruce Willis was a Star? 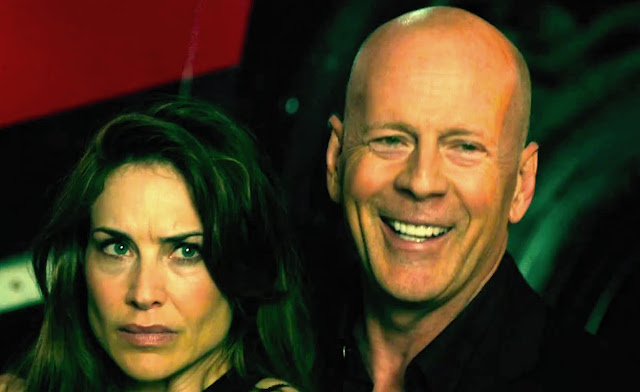 There was a running gag a few years back about how Samuel L. Jackson appears in everything. The man definitely has little trouble saying 'yes' but he at least is still attached to one of the biggest franchises in history with Avengers, so his brand name is worth something. Nicolas Cage's career for the last decade seems to be the ultimate example of "will work for food." But the actor that has quietly slipped into the slumming it role and keeps on popping into atrocious looking video-on-demand actioners is Bruce Willis. You look at his portfolio from the last few years and you'll see a collection of lazily titled action pictures you've never heard about. YouTube will show you trailers for those movies that look like rejected skits from a SNL parody. He hasn't been in a good movie since 2012's Looper and all his recent roles are in movies that exist to stuff up the Netflix library. As much as it is fun to kick around Cage, he at least did Joe in 2014 with an Oscar-worthy performance that got neglected likely due to current perceptions. Even in his plethora of awful movies, Cage throws himself into his roles and does some spectacular overacting that make things memorable. Willis sleep walks through his low-rent movies and gives a look to the camera like, "I've got bills to play." His only upcoming picture that looks the least bit marketable is the M. Night Shyamalan directed Labor of Love, and you can't escape the feeling we're stuck in a time loop with that one. Until then we've got stuff like Precious Cargo where he opposes action hero, Zack Morris, and I can't wait for when he signs up for the martial arts epic starring Urkel.