We Got Tricked Again! Little Indy 'The Woods' is Actually a Sequel to 'The Blair Witch Project' 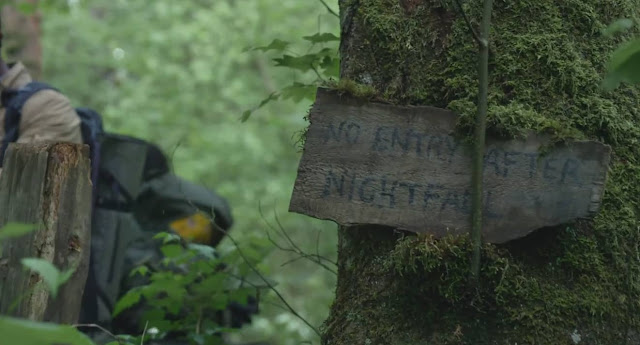 For the second time in 2016, it has been proven in the right hands (and a low enough budget where studios don't need months and months of heavy marketing) Hollywood can still surprise. At the start of the year it was revealed that a small thriller starring John Goodman and Mary Elizabeth Winstead was not called Valencia as it had been promoted up to that point but rather 10 Cloverfield Lane, the follow-up to the beloved monster feature, Cloverfield.

Now, here we are about two months away from the release of Adam Wingard's latest horror, The Woods. A movie that has had a decent amount of anticipation due to strong followings for his past thrillers like You're Next and The Guest. But now it has been discovered that his latest movie isn't actually called The Woods but rather Blair Witch.

A sequel that many have been waiting 17 years is coming out this year and has been able to avoid the needless and endless hype machine. Okay, okay, we already got a sequel to The Blair Witch Project but it was awful and any respecting horror fan just pretends it never happened.

This movie looks like a much better follow-up using gritty shots, the dark woods, bickering and disoriented campers, and plus that creepy house returns. Horror sequels have in the past been huge letdowns but we've also recently had movies like Insidious Chapter 3 and The Conjuring 2 that actually far exceeded their predecessors. Maybe it is time to let that rule fade away, especially since you have to trust this was a passion project for Adam Wingard rather than a studio driven cash grab. He had a reason to want to return to this dark place and this trailer looks legitimately frightening, which I can't say about a lot of horror movies.

I'm willing to check out anything from the helmer of The Guest, which was one of the great little surprises of 2014. A movie that was a great homage to 1980s "girl chased by relenting killer" thrillers subgenre but also something that was fresh with its subversive humour, attentions to characters, and well-constructed action sequences. Even though he is considered a horror director, Blair Witch is really his first full plunge into the genre. It will be interesting to see if some of his sly humour and attentions to characters (including a strong female protagonists) remain this time around.

It has been 17 years since we learned about those poor university students that went missing and that the cult of the Blair Witch was true. It is one of the most fascinating mythologies in horror and I'm interested to discover what is going on in those woods now. We get to find out this September.

It hasn't been a great summer for the big budget blockbusters. On the podcast Scott and I have been endlessly chanting that it has been a great year for thrillers and horrors with top notch movies like 10 Cloverfield Lane, Hush, The Shallows, Conjuring 2, and Lights Out. It looks like Blair Witch has potential to make some good company.

There is something to this dropping an unexpected sequel a few months before release. If it had been announced before filming that we were going to get a Blair Witch sequel then I'd probably roll my eyes and moan about digging up yet another work from our past. But with only two months to go and already seeing the trailer, I am stoked and excited and willing to ignore the fact this isn't an original movie and the sequel count for the year has increased. I hope this becomes a pattern for lower budgeted properties because it has worked on me twice now.