Channing Tatum and Jillian Bell Jumping into the Reboot Game with a Splash! 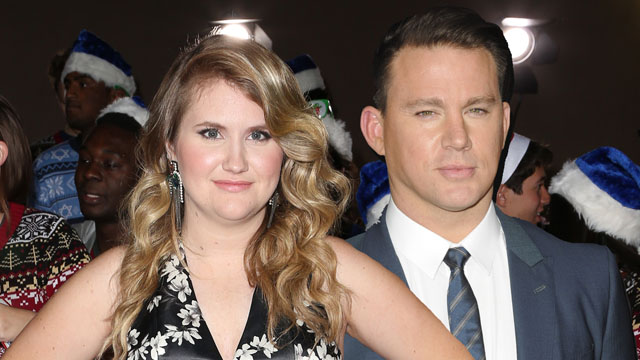 Gender swapping was the magical potion that got me intrigued in the Ghostbusters reboot (quality-wise it was the right move if you compare the very funny reboot to the horrendous 1989 sequel) and its alluring ways have nabbed me again with the Splash remake. There was no reason to revisit the Daryl Hannah and Tom Hanks starring 1984 comedy about a mermaid sprouting legs to win the affection of the man that she saved 20 years earlier. Yet THR reports that Channing Tatum will be donning the gills and fish tail while Jillian Bell will play the Hanks role. The swapping has suddenly given me another reboot to be excited about.

Tatum as the naive and hunky merman who has to navigate life on land is perfect casting. Tatum has proven to have terrific comedic chops in Magic Mike and 21 Jump Street and even his brief cameo in This is the End. It is fitting that this is another gender-swapped reboot, because one of the funniest roles this year was Chris Hemsworth playing the secretary in Ghostbusters. Both actors are better known as action stars but have proven to be great in comedy roles where they play dimwitted but lovable lugs. Tatum has proven to be willing to poke fun at himself but also bring a lot of sweetness to his roles, which is the combo that would be needed to make Splash work.

Bell was one of the best parts in 22 Jump Street and was also really funny in her supporting role in The Night Before. She is a talented and funny actor, and glad to see her land a starring role in a big studio movie. Matching up Tatum and Bell as a romantic couple and swapping roles makes this a pretty progressive and social shifting move. It isn't going to change the world but you put this movie alongside the new Rocketeers and this summer's Ghostbusters, and Hollywood is finally part of a cultural and perceptual shift.

This is an example of actually being creative with your reboots and using it to help a genre that is on life support. Romantic comedies at the mainstream level are almost extinct with the most recent one that I remember being the really funny Trainwreck from last summer. The only other recent mainstream rom-com that jumps out at me was another remake of a 1980s picture in About Last Night.  It just so happens to be one of the best remakes of the last few years and successfully captures what made the first one work but improves upon it to become its own fresh and funny flick. If Splash follows its path then it will be another remake worth being excited about.
Channing Tatum Jillian Bell Movies Musings News Splash