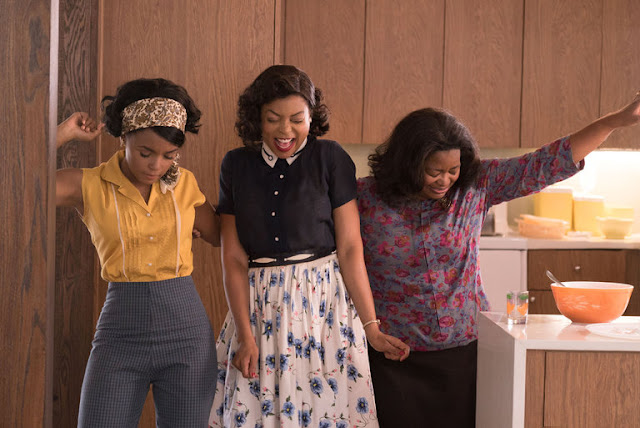 20th Century Fox has Hidden Figures slated to go wide on January 13th, 2017, but it would be a pretty big misstep if there isn't also a limited release in major markets during the last few weeks of December. Along with movies like Fences and Loving, this movie is set to capitalize on an Academy that is out to prove their recent initiative to diversify is a success and it won't be just a parade of whiteness come nomination time.  It has the material that would look good for a Best Picture nomination and at least three talented black women that could join Ruth Negga on the performance ballot. Taraji P. Henson gained a lot of recognition with her great performance on Empire and she not only looks really good in this but is playing an entirely different character while still maintaining the strength and confidence that makes for a positive figure in the black community. The trailer itself has that Oscar baity feel where it is more telling us about the genius than showing and going the typical underdog story route with Kevin Costner likely playing a doubter that then goes to bat for the woman like we saw in The Imitation Game. It deals with real issues but it all feels very safe. I hope there is a bit more bite and digging in this movie that allows for real issues and characters rather than the sanitized and feel-good vibe in this trailer. The cast is magnificent with stars like Kirsten Dunst and Kevin Costner continuing their comeback in supporting roles, and Octavia Spencer, and Henson are worthy leads. I like what I see from Janelle Monae. I hope the movie has the awareness that a story about African woman having to fight harder and be smarter to prove themselves in a white male world still has way too much relevance in 2016 even though this is set in the early '60s.