'Kidnap' Trailer is Catharsis for the Worried Parent 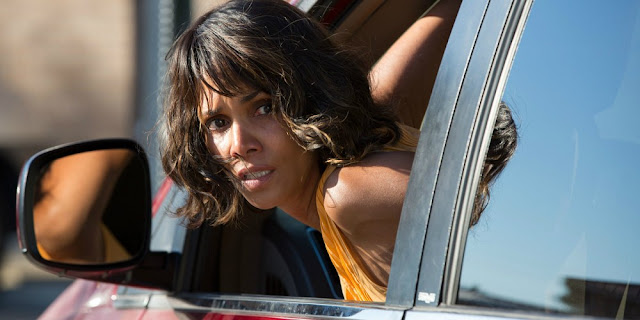 The first trailer for Kidnap dropped today, which means Relativity will actually release a movie this year as this one is scheduled for December 2. This seems to be avoiding the typical kidnapping drama formula where a mother sits panicked by the police bugged phone and a cop tries to trace the call to find the hidden baddie. Instead, this movie seems less interested in reality but rather be a visceral and cathartic experience for parents. Every parent deep down has a fear that they may not be strong enough to protect their child from the evils of the world. There is a hope pushing hard against that fear that if something horrible happens that they would be able to hang off the car of the kidnapper, be focused enough to avoid the dropped phone, and be brave enough to drive backwards on a highways. The coolest moment of the trailer that sent a chill down my spine was Halle Berry channeling a 1980s action star with the line, "You took the wrong kid." Right there epitomizes what a parent hopes they can spout if trouble ever came towards their child; it declares to the intruder that they are messing with the wrong family and nobody is going to harm their child. We are parent and hear us roar.