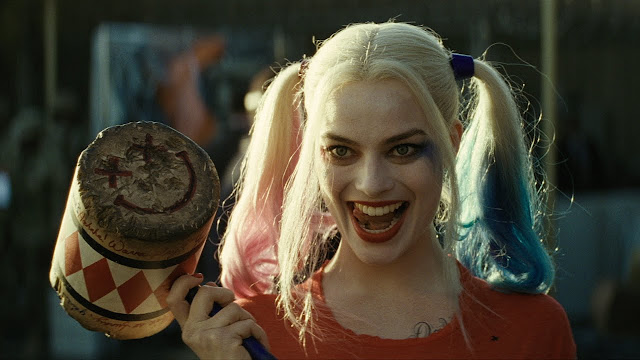 A new DC Comics movie is coming out this weekend, which of course means it is time again for a small subset of slobbering fans to sharpen their knives and go hunt for critics that dare to insinuate that their beloved treasure doesn't turn farts unto strawberries. The latest craze that really picked up during the release of Batman v. Superman: Dawn of Justice was the ridiculous conspiracy that Marvel was out to sabotage DC success by paying off critics to write negative reviews. Because as the Transformers franchise has proven that if critics don't like something then it automatically leads to the box office failure of a motion picture. The latest chapter in fan crazy took place this week as a petition has started to shut down Rotten Tomatoes due to the negative percentage given to DC movies because a low percentage means the site has an agenda to destroy DC Comics' cinematic universe so that only Marvel can rule the multiplexes.

It also proves that there is a load of people that don't have a clue how Rotten Tomatoes works. The site doesn't have an army of their own critics that get together and decide what grade they will bestow upon a movie. The percentage isn't even a grade being given to a movie. The site is a compilation of several reviews that then is either considered fresh (a recommendation) or rotten (not a recommendation). The famous score that causes backlash is the percentage of critics who are recommending the movie. It isn't saying how passionately they are recommending the movie when fresh or how much a critic is panning a movie when labelled rotten. It is a flawed a system, as is any form of movie rating. It doesn't take into account critics who saw a lot of positives or was mostly ambivalent but for the sake of a definitive answer leaned to a not recommendation. It is either fresh or rotten with no middle ground.

This is less a criticism of Rotten Tomatoes and more a problem with how people have decide to read the site. They look at the percentage and make their decision based on that. When the point should be to actually try reading some of those reviews and understand why it got a positive or negative score. This is the reason that for my first year of reviewing movies for Collective Publishing that I stayed away from star ratings, because I wanted readers to focus on what I had to say rather than a subjective rating. A star rating or percentage doesn't really tell you the true feelings the reviewer has of a movie.

We live in a rather annoying period where fans seems to forget movie criticism is subjective and yes, even their own love for a work is subjective. Criticism has never been about declaring the definitive value of a work, but rather has always been about starting a conversation. A good critic knows what they are about to write is nothing more than an opinion, but hopefully an opinion that is informed and can bring some new perspective and analysis into a work. A good movie review should be way more than just a "watch it": or "don't watch it" but rather be an entertaining companion piece to the movie. Actually, the whole recommendation part should be secondary to the inspection and discussion of the movie.

But the fans out for the heads of the critics and want to see the destruction of an entire site, aren't really interested in real criticism or reading about different views on the same movie. They want a universal view that also just so happens to be the same as their own. They want reviews to be a reaffirmation of their opinion and a giant pat on the back for being so smart for liking movies that have the power to cure cancer and make Skittles out of thin air. It is the epitome of insecurity and leads to this obnoxious and toxic backlash against talented writers from mouth-breathing trolls better suited to just play with their superhero dolls in their grandma's basement.

Even some less Neanderthalic fans seem deluded into thinking that critics are out to get DC, which is also just as ridiculous. I talked to one fan of Batman v. Superman who explained to me that critics don't understand DC and want it to be just like Marvel movies. Critics are bashing it because DC movies aren't light and cheery and colourful.

The counter argument is the great DC hatred didn't happen until 2013 when Man of Steel scored a 55%. Then Marvel's plan to get all critics to destroy DC really took off this year with 27% for Batman v. Superman: Dawn of Justice and current rotten score for Suicide Squad (as I write this sitting at 36% and dropping).

I have a little different theory for why the recent DC movies have had a low score. It is a little wacky, but here it is. The movies just weren't that good. Sure they had their fans and those fans are allowed to snuggle and caress their movies all they want, but speaking as a guy who collected both Superman and Batman comics in my teens, I didn't enjoy Man of Steel or Batman v. Superman: Dawn of Justice (I can't speak into Suicide Squad until I see it Thursday night). It isn't because they were too dark or gritty because I loved Batman Begins and The Dark Knight and enjoyed most of The Dark Knight Rises. My problem was it was all drab and serious in presentation, but then had ridiculous over-the-top actions sequences and some goofball performances causing it to be a tonal mess. If you're going to wipe out half a city without flinching then you should at least be aware enough that you're peddling a bit of camp. Maybe a blockbuster doesn't have to be fun, but there should be some level of enjoyment in the experience or an attempt at saying something profound.

I get it, that there are people that did enjoy those movies and they have their strong defenders. I respect that as long as they don't spend their entire week attacking critics and not grasping the concept of differing opinions. And this isn't a movie goer versus critic thing either. I was so kindly told back in March that I was just a wannabe film critic and my negative review was some warped initiation into the secret club of movie reviewers where we spend all day harshing the DC fun buzz. But the social media attack that critics are clueless and all real fans loved Batman v. Superman then stopped when the second weekend had a 70% drop in domestic grosses. Obviously, word of mouth wasn't all gold plated kitten and fuzzy Ferraris.

The last few months point to DC Comics being aware of their quality issues. Suicide Squad went into extensive reshoots after March. The writing teams were shaken up and corporate structures underwent some reshuffling in an attempt to refocus directions. The first Justice League trailer felt a lot more like Marvel's Avengers than the last two Zack Snyder movies with its infusion of humour and witty characters. And I hope their attempts at going in a different direction and their rewrites and reshoots lead to much better movies. I am rooting for DC. After this summer, I want more entertaining and creative blockbusters.  I know they can do it. But I am also ready to write negative reviews if they miss the mark just like every other unbiased critic.
DC Comics Musings Rage Ranting Rotten Tomatoes Suicide Squad