Finally, an 'Armageddon" for Those That Hate Space 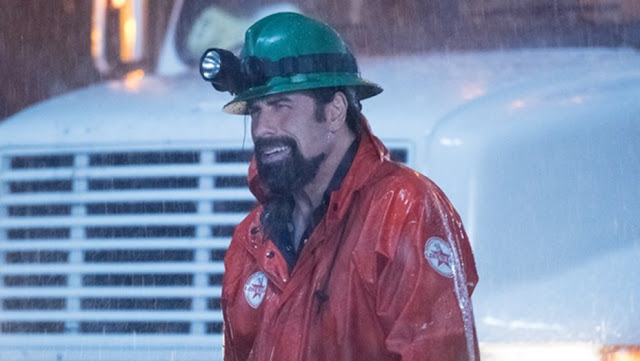 John Travolta's latest sure to be straight-to-video-on-demand spectacular, Life on the Line reminds me of Michael Bay's 1998 Armageddon, except lots of TV mini-series style sparks instead of big blockbuster special effects, working class men trying to save a forest instead of working class men trying to save the world, and nobody watching it instead of the biggest hit of the summer. Just like the meteor movie it is trying to turn laborers that no one really thinks about and turn them into action heroes. Plus you have the whole father upset his daughter has fallen in love with someone from his workforce. I'm pretty sure just like Armageddon that the rogue boyfriend will prove himself by saving the day, and Travolta will give his blessing right before he dies or maybe he survives after breaking a leg or having his hair catch on fire. No matter what, this is Armageddon for the new era, except without all the pesky stuff like being popular or having a fan base.