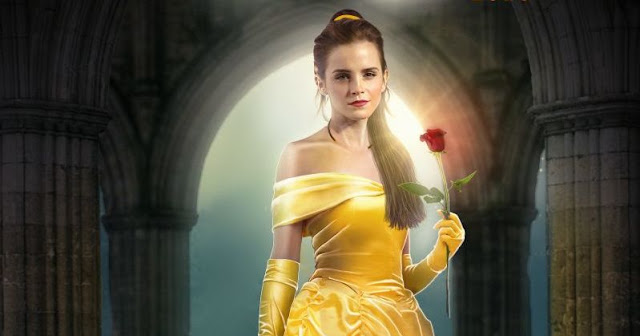 As much as my natural instinct is to groan over Hollywood's obsession with remakes and reboots, I have to align myself with Team Live Action Remake of Disney's Entire Animated Library. The initiative has paid off with good to great movies with Maleficent, Cinderella and The Jungle Book. Those movies have all done a good job of balancing nostalgia for the originals while reworking the movies to make them relevant for modern time. The new Cinderella was not only a gorgeous and visually sumptuous spectacle but this time it played the classic fairy tale with a strong feminist take. The Jungle Book had many of the classic scenes but did some major tweaks to the plot and story so that it was now about inclusion and how a family can take many forms (rather than the original problematic message of one being better suited to their own kind). Before those movies I'd have seen no point in doing a CGI-heavy live action adaptation of the Disney animated classic, Beauty and the Beast, but this trailer not only shows a beautiful production with a top rate cast (and Luke Evans), the past hits give me hope to believe that there will be enough twists and additions to the story to make the picture feel fresh while also playing to many fan's childhood nostalgia. The first trailer largely seems full of memorable scenes from the original and following the same plot, but it is also trying to appeal to a crowd with fond memories of the first. Disney has built up enough goodwill with their live-action remakes to be excited for a fresh and exciting take on a classic.

Even if it ends up being the same movie but live action and CGI, Emma Watson is a superstar. She looks absolutely marvelous in the little peaks shown here. I couldn't think of a better Belle.