The Breakdown Needs More Woody Allen According to Stats 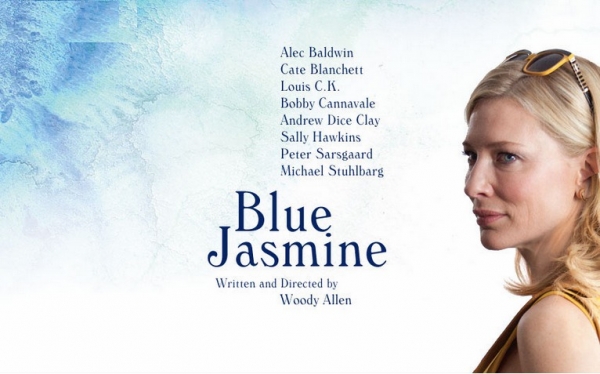 I was glancing over at the different stats packages that show the amount of listeners for each specific The Breakdown episodes, so that I could get an idea of what is popular and what type of content that I should plan to provide in future shows.  I came across a few interesting things. For all time downloaded/listened episodes, The Spoiler Room of The Force Awakens is far and above the most listened to show, so Scott and I definitely dropped the ball not doing something similar with Rogue One this year. After that it is most of our year end shows (Best of and Worst of shows) that own a strong all-time second place, then the original The Force Awakens review show and some of the other big hit movies like Zootopia, Deadpool, Guardians of the Galaxy, and most Marvel movies owning high spots. Besides the year end list shows, the most popular non-review shows are the Oscar predictions and our spotlight of rising stars shows.

What is kind of interesting is that all those shows rank really high for the most recently listened/downloaded shows too. As for other most listened to shows for the week, the recently recorded shows rank the highest, which isn't that surprising (besides the new year end shows, Bridesmaids, Moana, and Arrival shows being the highest for this week).

I was initially really surprised to see The Boy podcast another highly listened to show this week, because it wasn't a very good movie and surprised anyone would remember it. Then closer inspection shows we also paid tribute to David Bowie that episode and that probably has more to do with its staying power. Less surprising but shows the value in Scott and I revisiting classic movies is that the Die Hard, Nightmare on Elm Street and Blade Runner shows also ranked high this week (and I assume most weeks).

The most baffling show that has wooed a huge amount of ears this week is the podcast where we review Blue Jasmine, You're Next, Dear Zachary, and Moon. Most of them are good movies, but the podcast was recorded back in the fall of 2013 and not really the older show I'd have predicted would attract hundreds of listeners this specific week. It isn't like Blue Jasmine is one of the most remembered of Woody Allen's movies (though it was a Best Picture nominee). There is some fans of You're Next, but I would have assumed interest in it would have been around when Blair Witch (also directed by Adam Wingard) was released. Moon is a definite cult classic, but we've reviewed other similarly beloved movies that aren't as popular this first week of January.

At first, I started thinking I was missing some big piece of news that drew people to a move directed by Woody Allen or Duncan Jones. I'm thinking it is something less significant than that. It probably is just a case that this is the podcast that has four movies that would appeal to the type of movie fans that like to listen to movie review podcasts. The casual fans will listen to the show when there is a big movie they want to find out about (reason why Batman v. Superman podcast was huge when it came out but insignificant now), but the more hardcore fan is more interested in the cult hits or getting insight on older movies from directors or actors they respect.

I always find it fascinating what shows turn out to be hits or have surprising staying power. I have learned that it is really hard to predict what will attract a big audience. It has reminded me that I just need to just keep trying to make high quality shows and the type of podcast that I would want to listen to each week.
Blog Breakdown Movies Stats