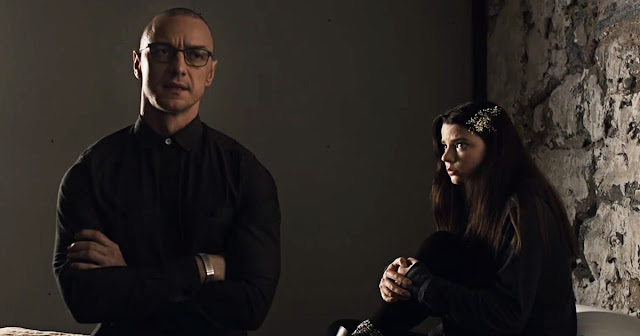 Consider this my back on the saddle post. Here is everything from 2017 that I've seen with a ranking from the worst to the very best along with a sentence that best describes the viewing experience.

21. Clinical *: A story about a psychiatrist trying to recover from an attack from a patient by helping a new patient that falls apart due unbelievable characters and a far-fetched, silly final act twist that makes everything before it pointless.

20. Take the 10 *½: Many modern comedies seem to forget that no amount jokes about sex and drugs will work if the movie has unlikable leads, plus most sex and drug jokes have become tedious, predictable, and unfunny.

19. Resident Evil: The Final Chapter *½: One big long music video if it was edited by 3 year old that just downed seven bulk bags of Skittles.

18. iBoy **: A goofy premise that is undone by a super serious tone that often feels like a low-grade Guy Ritchie gangster movie knock-off.

16. Underworld: Blood Wars **: Some really bold but campy scenes means this was way better than I expected, but I also expected one of the worst movies of the year.

15. Fist Fight **: A great cast (Charlie Day, Ice Cube, Tracy Morgan, Jillian Bell, Christina Hendricks) who play well to their strengths and an attempt to actually say something about the modern school system that lacks support of teachers isn't enough when the movies fails to be funny for the majority of the run time and does the annoying modern comedy movie habit of trying to undo 90 minutes of cynicism with 5 minutes of forced sentimentality and schmaltz.

14. David Brent: Life on the Road **: There was a reason why the really funny original Office series focused on several characters rather than entirely being about the unlikable David Brent.

13. The Great Wall **: It attempts to be a throwback to 1980s fantasy adventures, but the well-done action sequences don't cover for the stilted dialogue, lack of chemistry in the cast, a paper thin story, and Matt Damon's very distracting accent.

12. Girlfriend's Day **: The idea of greeting card writers being considered major celebrities is fun but the movie fails to do anything interesting with that concept and Bob Odenkirk's fun performance isn't enough to save the flat story.

11. Cure for Wellness **: Gore Verbinski proves again to be a master of unique visuals, but this time it is more uncomfortable and dull rather than unsettling and intriguing.

10. Coin Heist **: It aspires to be Breakfast Club mixed with Ocean's Eleven but end up being Drive Me Crazy meets Tower Heist.

9. Ballerina **½: The Canadian animated feature about two orphans that run away to Paris to realize their dreams has a lot of heart and is gorgeously animated especially during the dance sequences, but is bogged down by a very well-worn story of the lead finding a fallen superstar to train her to beat the rival along with many jokes that land with a thud.

8. Journey to Greenland ***: A heartfelt, respectful, and funny buddy comedy about two guys who take an adventure to a remote village in Greenland; don't shy away from subtitles and check out this charming picture.

7. I Don't Feel at Home in This World Anymore ***: When the focus is on the odd relationship between Melanie Lynsky and Elijah Wood's characters then this quirky comedic thriller sizzles and it is also a solid first directorial effort from Macon Blair making him a filmmaker to watch.

6. Before I Fall ***: It is Groundhog Day meets Mean Girls, except this time it is dramatic, and despite material that we've seen before, the movie feels like an authentic exploration of the struggles of teenage life along with a star making performance by Zoey Deutch.

5. John Wick: Chapter 2 ***: It delivers exactly what is missing in most modern actioners with well-choreographed action sequences, a cool hero to cheer on, a sense of humor, and a unique, fully fleshed out world; if you loved the first then this is more of that goodness.

4. The LEGO Batman Movie ***: A beautifully, candy-coated animated universe with a voice cast that is clearly having a blast with a story that is funny but also has some emotional punch.

3. Split ***: An expertly-paced and atmospheric thriller that M. Night Shyamalan proved he was a master of over a decade ago along with award worthy performances from James McAvoy and Anya Taylor-Joy.

2. Get Out ***: Jordan Peele proves his diverse skill as the comedian makes an expertly paced and unsettling horror/thriller that is well-balance with social satire and some great laugh out loud moments; it also reveals the great performance skills of Daniel Kaluuya and Allison Williams.

1. Logan ***½: It is more gritty Western in the vein of True Grit or Unforgiven than a traditional superhero flick; it earns its R-Rating by being dark and violent but also is tender and emotional especially with the terrific chemistry between Hugh Jackman and Dafne Keen (a surefire future Oscar winner).
Movies Ranking Review