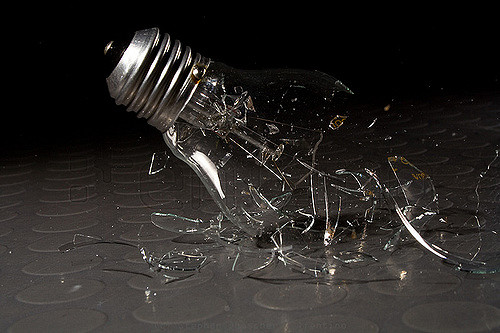 There is that moment for every writer where their pristine and golden idea becomes reality on paper or screen, and the once thought to be majestic treasure chest is revealed to be a plastic bag of the dog's business tied to a ceiling fan on the highest speed setting. Realizing the first draft is splattered pet feces is a flaming bowling ball to the gut that every writer experiences. In the head of the writer, the story is majestic and magical and destined to be a massive best seller that every movie studio will want the rights. Then the writer types out that idea and forms it into a story and the smell of decay seeps out. It sucks. It always sucks. Every single respected and successful writer tells you and promises you that the first draft of that masterpiece is roadkill on a golden platter rather than a lobster feast. Whatever greatness is in your head will never turn out exactly that way once you start to write it. It is something that I've read countless times and didn't start to believe until my own "epics" were given life and halfway through I wanted run them over with the lawn mower.

What I am learning and what those successful writers figured out, is that what you end up writing will never equal what you have in your head. But if you persevere and remember a manuscript goes through several drafts, you can shape that story into something special. It may even exceed whatever you had hoped when that idea first popped into your head. A writer learns that creating a story is a journey and the path always takes you somewhere unexpected. You just need to trust that journey and be willing to suffer through those haunted woods and blizzard covered mountains.

The first step is to realizethat  you do not have a fully formed and billion dollar story in your head. You just have an idea. An idea that has lots of work before it ever becomes something readable. But you got to pack those bags and embrace that hard journey.
Advice Writing