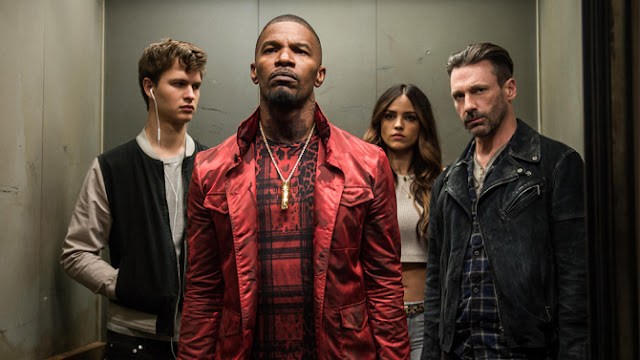 A certain ornery film blogger and critic has recently devoted some time complaining that on Rotten Tomatoes Get Out is sitting at 99% and Baby Driver currently at 100% despite reviews mentioning some flaws in the movies. He is clinging to the theory there is some conspiracy in place to keep these movies percentages high when in his estimation they aren't near perfect movies. I won't be seeing Baby Driver until August, but he is right that the very good Get Out isn't a perfect movie. The problem with his whining is that the 99% doesn't even mean that the horror picture is neat perfect or that any critic is claiming as such. The Rotten Tomatoes percentage never has and never will represent the actual quality of a movie. All it is has ever meant is the score attributed to a movie is the percentage of critics that recommend the movie. All recommendation are rated the same, so a gushing high praise has the same value as a slight thumbs up.

This is why I have no problem with Kong: Skull Island's 79% despite the fact I only gave two and half stars out of four. The 79% doesn't mean it is one of the best mainstream movies of the year or that the site is claiming the movie is better than Split (currently at 76%). It isn't better than Split nor is Kong anywhere close to one of the beat mainstream movies of the year. It won't even be in the talks for being anywhere on the best of the mid-year lists. It is a grand special effects spectacle with some visual flair and fun monster throw downs, but is lacking in character and story. There are critic that had more fun with the creature feature aspect, so they recommended it. If they were to assign it a score, they would probably give it a mid to high 60s at best.

You can't ever look at the Rotten Tomatoes score and think it is an actual grade of a movie. It is just compiling all the trusted critics and letting you know how many recommended the movie. But it doesn't tell you if it was a half-hearted recommendation, and the expectation is still that if you really care what critics think than you actually read the reviews.

What baffles me is that a professional critic would get so hot and bothered over the percentages of movies that he probably didn't really love (or in the case of Baby Driver, assume he won't be praising because he isn't a huge Edgar Wright fan). His frothing and raving is no different than the DC and Marvel minions that go on witch hunts against all the critics that caused their beloved movies to have lower Rotten Tomatoes scores. Of course, Batman v. Superman totally deserves its 27%.