One Less Reason to Have a Netflix Subscription 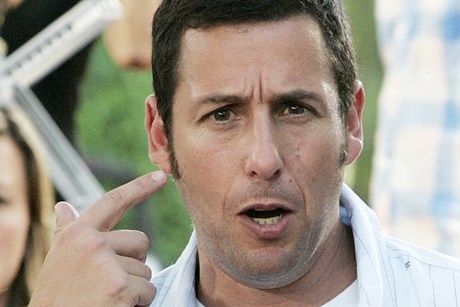 Time to throw another log on the "movies suck now" fire stoked by pretentious and curmudgeon movie critics, because they have some damning evidence with Netflix doubling down with another four picture deal with Adam Sandler. Remember a time when Netflix originals were connected with the word "quality" and many believed Netflix was trying to push the envelope on high-quality and award-worthy entertainment. Movie fans were excited to see what Netflix would deliver on the movie front. The hope was we would get the thoughtful and complex movies that major studios have ignored for the sake of more tentpoles. Then we got stuff like Ridiculous 6 and The Do-Over, and it became clear that Netflix was capable of producing stuff even worse than most of the lowest common denominator comedies in the multiplexes.

The real kicker is that not only will the Sandler train keep on chugging, but it is happening because his last two awful movies were the highest watched Netflix original movies. Sure, Netflix gave us movies like Beasts of No Nation, Tallulah, and Burning Sands, but what the world really wants is jokes about the disabled, women or children being hit, and toilet humour that I stopped finding funny when I hit puberty. It is realities like this that make it hard to counter the argument that the mainstream audience like to gobble up toxic junk food entertainment rather than things that are hearty and nutritious.

Of course, who am I? I have seen both Ridiculous 6 and The Do-Over, so I only exacerbated the problem. I will be watching Sandy Wexler and every other new Adam Sandler movie on Netflix. My defense is that I have only watched them for review purposes and for the reason The Breakdown podcast is devoted to reviewing every Netflix original movie (especially now that Scott is watching far less theatrical releases). When reviewing is one of your passions, you have to put up with the steaming garbage to get the cherished jewels.
Adam Sandler Movies Netflix News Review