'Spider-Man: Homecoming' Trailer Loses Some Coming of Age Charm for the Sake of Spectacle 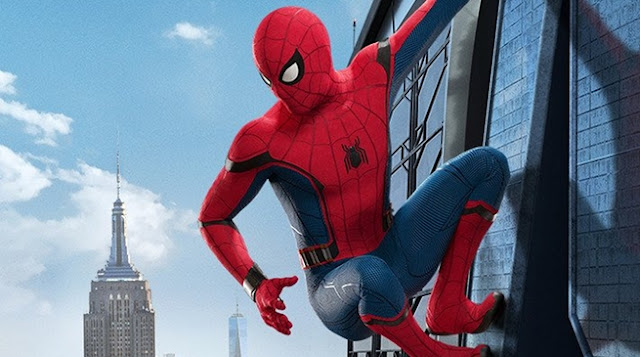 The first Spider-Man: Homecoming trailer had a very John Hughes teen angst drama with super powers vibe. It established the winds of change were upon us as it blew far away from the marketing campaign disguised as a movie that was The Amazing Spider-Man 2. Plus it showed Marvel telling a very different story from their typical. Or at least, it teased us with the chance we were getting a more character-driven movie. Because now we got a trailer that seems to be saying, "Hey, don't be too afraid of that John Hughes stuff, because we're still delivering a big loud bang, boom, bash spectacle." I knew that the special effects laden climax was inevitable and there had to be big, giant action sequences, but the personality hinted in the first trailer has got shoved away by the special effects this time.

Though I still love Tom Holland in this role, and there are some hints at the character driven drama aspect. It seems to be trying to be a funnier and more energetic coming of age story mixed with the usual super hero formula. It also had lots of similarities to the past Spider-Man movies like Peter Parker questioning his ability to save those he loves and Peter learning about the responsibility he has with his new found powers.

The positive is he has a fun chemistry with Robert Downey Jr and there looks to be hints of a story that isn't just a retread of past Spider-Man movies. Plus Michael Keaton just may be one of the few interesting Marvel villains. He gets to play the villain that Sam Raimi wanted for Spider-Man 3 but was forced by studios to have Venom instead. It looks like Sony is finally willing to share some love for the Vulture.