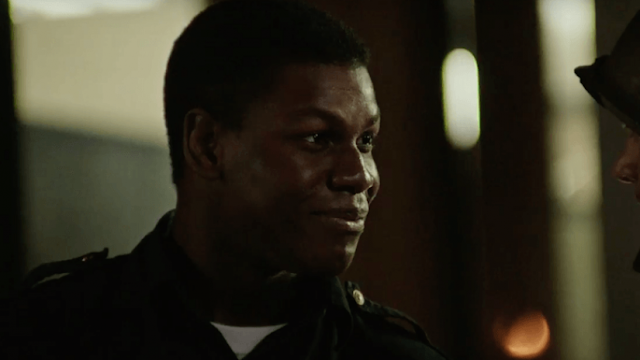 Director Kathryn Bigelow and screenwriter Mark Boal are established as a super team for their gritty and tension-filled Oscar nominated prestige pictures, The Hurt Locker and Zero Dark Thirty. They slide into a particular type of storytelling with their politically focused war pictures, which were movies that were thrillers that were heavily character focused and avoided the usual tropes and clichés. Bigelow has earned her spot as one of the elite modern directors who deserves massive anticipation for whatever she decides to tackle. This time she is helming a picture that looks and feels different than her two previous with Detroit, a movie based on the infamous 1969 Detroit riots that lasted 5 days and killed 39 people (and seriously wounded hundreds).

There are still aspects here that have some familiarity such as this being its own type of war zone and their being a strong political undercurrent heating the issues. This story is going to fall into the crime drama genre and the trailer has a more intimate feel that zeroes in on specific lives. The focus is on the average working class citizen rather than government figures. This will also be packed with a stronger racial message and resonates with the current climate despite being set in 1969.

The trailer reveals John Boyega's (Star Wars: The Force Awakens, Attack the Block, Imperial Dreams) cop character as the protagonist and the link to the all the various stories about how various groups are impacted by the riots. It is not only clear that Boyega is one of the few non-whites in a force opposed to mostly black rioters, but that will be a big source of conflict and drama as he appears emotionally torn. The action set pieces look fantastic with a massive scale and sense that each moment is volatile, but there are also some strong emotional moments that zero in on how the characters are responding to the chaos.

Boyega has been fantastic in everything he has done, but he is supported by a pretty incredible cast, Will Poulter (The Revenant, The Maze Runner) looks like he is taking on the role of a racist and unforgiving antagonist, and he has proven to be an actor that can play both the sympathetic and the dislikable. The movie also has A+ talent like Kaitlyn Dever (who Scott and I both praised in Short Term 12), Jack Reynor (Sing Street), Anthony Mackie (Captain America: Civil War, 8 Mile), and John Krasinski (The Office).

There has been some nervousness amongst the awards pundit crowd about the August 4th release date, because typically if a movie like this has the goods then it is release after TIFF during the heat of the award season releases. The argument is if this is a real legit prestige picture that the studio thinks can deliver nominations then they would wait until October or November.

I actually think that the August 4th release makes sense, because this is the type of movie that could appeal to a mainstream audience. Often a studio will release an adult geared picture at the start of August and take advantage of the month that is mostly a wasteland and gather up a pretty solid box office return. I assume the strategy is to avoid getting lost in the shuffle of the glut of fall prestige pictures getting released by the big guns and instead capitalize on a time where it can really shine. Plus it is being release right around the time of last year's Best Picture nominee Hell or High Water, and it has become a good time for a smaller studio to release their contender (around the same time Beasts of the Southern Wild was released).

Even if you don't buy that, I'd say Kathryn Bigelow has done enough in her career to earn some excitement for this picture. A picture that has released one of the more exciting and tense trailers of the year.