Jonathan Demme was a Filmmaker That Almost Did It All 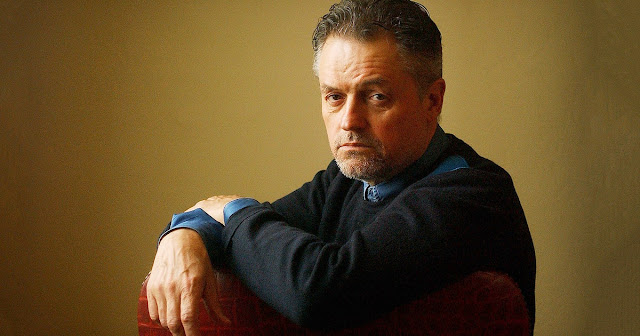 A few months ago if you asked an average movie fan who directed 1991's Best Picture winner The Silence of the Lambs then you'd probably get quite a few convinced it was Brian De Palma. If the movie was made in 1998, then you'd likely have some answering David Fincher, The dark tone, the steely visual aesthetic, the cold chill that is ever present on the spine and the strong sexual undertones in several scenes make it feel like a masterpiece worthy of either of those director's filmography. Instead, it was the talented Jonathan Demme who won a Best Director Oscar for it.

I think most movie fans would admit they know Demme has the skill and visual style to make The Silence of the Lambs, but it speaks more to the diversity of Demme's filmography that you wouldn't automatically connect him with the movie. The direction feels like it comes from a seasoned thriller helmer who knows how to hit all the beats and shocks but also skilled enough to delve deep into the characters while not messing with the pacing. Before this movie, Demme did not do any stand-out thrillers, but again it speaks to his amazing skill and ability to craft a wide range of different movies from multiple genres.

Like many talented directors, he got his start with the king of B-movies Roger Corman, who no matter what you say about his pictures, he at least has a great eye for talent. Demme's directorial debut was a pure exploitation picture with the 1974 women in prison movie, Caged Heat (also two decades later became the name for a tag team in David McLane's schlocky women wrestling promotion, WOW). Finding out Demme churned out exploitation pictures is more shocking than being the man behind a dark and unforgettable thriller. Demme always seemed to be a gentle and compassionate man along with being someone who brought a high-art to his productions, and definitely not my first pick for a women on women violence campfest.

Demme also had a huge love for music, which was prevalent in his choices throughout his career. He shares Best Music Video Grammy nomination for "Sun City: Artists United Against the Apartheid" and helmed two Bruce Springsteen videos "Streets of Philadelphia" (co-directed) and "Murder Incorporated." That passion spurred him on to directing several concert movies and documentaries, including what turned out to be his career break-out in the Talking Heads concert film Stop Making Sense.

To continue the narrative of the amazing diversity and skill set of Demme, in the area of documentaries he did more than just concert movies and musician documentaries (though it should be noted he made three impressive films on Neil Young), with his two most significant ones being Swimming in Cambodia, a documentary on Spalding Gray's one man show and a documentary on the after effects of Hurricane Katrina, I’m Carolyn Parker: The Good, The Mad, and the Beautiful.

The Hurricane Katrina documentary is a stellar example of what connects many of Demme's works. Yes he was diverse and he was great at both documentaries and scripted movies, but a huge amount of his work tackled challenging and tough themes. He often wanted to make movies about characters that mattered and showed real growth in someone's life. He helmed the movie that turned Tom Hanks from comedian to serious actor with Philadelphia. While Philadelphia is considered a classic today, the decision to make a movie that explored HIV during a time when there was a lot of fear and unknown surrounding it made studios and producers nervous. Plus it was a movie where the lead and sympathetic figure was a homosexual, which is something that even today is not a frequent occurrence.

He made several movies with strong and nuanced female characters. Obviously, there is Clarice Starling in The Silence of the Lambs, but there is also a movie that was a big dramatic break for Anne Hathaway in the critically acclaimed Rachel Getting Married. As an aside, further proof Demme did not go typical but rather wanted to challenge, the wedding in that movie was between a mixed couple, which is another thing that still does not happen often enough in movies (they happen in real life a lot, I'm in one and so are all my brother and sister in-laws). To further my aside, his last scripted feature had both strong female characters and a mixed marriage in Ricki and the Flash (plus lots of music).

In the 1980s, he got to direct some of the hottest female stars. His first real big studio movie was the romantic drama, Swing Shift, which starred one of the biggest stars of the 1980s, Goldie Hawn. After Melanie Griffith had her star-making performance in the sexy thriller Body Double (this one was directed by Brian De Palma), her status as one of the it women of 80s was cemented in a very memorable performance in action comedy Something Wild. It was definitely the movie that proved Griffith had comic chops and helped land her some of her biggest comedy roles like Working Girl. He also directed Michelle Pfeiffer in what I feel is one of the most quintessential 1980s flicks, Married to the Mob.

Demme was able to tackle such a wide variety of movies because he was such a confident and bold filmmaker. He also truly loved the form, and his passion allowed him to follow the story rather than stick with what made him comfortable. This is why he could adapt a literary work from Toni Morrison about a slave being visited by her deceased daughter in Beloved but he was just as comfortable and bold in his directions of a remake of a thriller classic in The Manchurian Candidate. Candidate was a movie that I did not recommend when The Breakdown reviewed it, but the great pacing and terrific fluid style by Demme elevated the movie past its troubled script (I'm also willing to revisit it and admit that I was wrong).

This is the big thing about Demme, he was the elite type of director that could elevate any material he was handed, because he believed in it and immersed himself into it. This was really clear in one of his last works in the concert movie Justin Timberlake + the Tennessee Kids. It was Demme who brought the energy and spirit of the movie, and crafted a feature that really transported you into Timberlake's world and made him someone we instantly connected. It was more than just a concert but an emotional experience that at time felt spiritual. Demme knew how to make something more out of a concert movie and use every shot to meticulously convey its message. He made Timberlake someone who could resonate with even non-fans.

Demme is an all-time great that may be remembered for The Silence of the Lambs, but has many great films to his credit. Not only does he have movies in different genres but the style, shots, and visuals are drastically different. The defining element of his movies is his confidence and passion. The stories are about digging deeper into our society and embracing progress. He was still going strong even at 73 and battling esophageal cancer.

Demme will be missed. I wish Netflix had way more of his movie so that I could review a few. His legacy will definitely endure. We will be talking about him some more on this Monday's podcast and you can read an outline of his career over at Hollywood Reporter right here.