The Powers of Home Video Has Faded 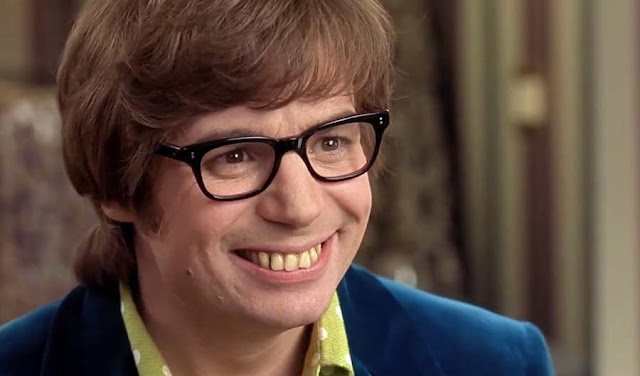 Austin Powers: International Man of Mystery has turned 20 years old and is one of the most successful comedy franchises. Over at Hollywood Reporter, they have an oral history piece with over 12 cast and crewmembers detailing their memories and the major events surrounding the surprise hit. I love these oral history type pieces as you always get interesting pieces of trivia and backstage nuggets over the creation process of the movie. I always find the journey towards creating a work some of the most fascinating parts and I love learning how they navigated different ideas to arrive to the final product. It is a really interesting read about a pretty significant and influential comedy.

The thing that really stood out to me was that the original movie that became a franchise launcher was not a huge box office hit. It had a modest domestic theatrical run of $53.9 million from a $16.5 million budget. It was enough money to make back budget and make a tidy sum, but definitely not the box office hit that most probably assumed. Yet Austin Powers was a major hit and a huge grosser, but it was the home video market where it was a home run.

Scott and I have talked in the past how things in the movie industry have changed like movie stars not necessarily being draws on their own anymore. Another huge change that has happened over the last decade is that a movie no longer can become a hit on home video. There is still the ability to rent a movie on iTunes or On-Demand services, but you never hear a box office flop making back a huge amount of money on rentals anymore.

There was a time when movies were made with the hope that they would make back their budget and more once they were plopped into the home video market. Austin Powers likely became a big hit on the video market due to some repeat rentals but definitely by a solid word of mouth. This change is why studios are now so obsessed with opening weekends, where you need to make significant money then or be a bomb. Word of mouth has lost some of it power now, because people are quick to move on to something new.

Back in the 1990s, home video was a powerhouse money earner for certain movies. Showgirls and Basic Instinct became decent hits thanks to home video, and you can probably figure out why they did better in that market. Today, it is all about making something that can draw in the shortest amount of time possible.

If Austin Powers was released today and had the same kind of box office success, it would have been a flick the studio would have quickly forgotten. Its best scenario would be to land a nice deal with Netflix, become an extremely popular movie there so that the service would be interested in striking an Adam Sandler deal.
Austin Powers: International Man of Mystery Box Office Movies