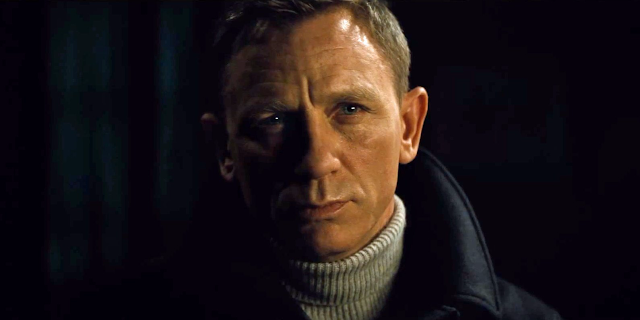 In a time where several studios salivate over the prospect of a Robin Hood shared universe because they are so obsessed with franchises, a legitimate proven box office juggernaut in the James Bond series is up for sale. EON and MGM own the rights to 007, but they aren't distributors so they have to enter a relationship with another studio to ensure their movie gets released. Since 2006. Sony Pictures owned the rights to distribute until now, and they are one of five studios in the heat of a bidding war. The other studios are Universal, Warner Brothers, 20th Century Fox, and newcomer Annapurna.

Right off the bat, the interesting things is the studios that are not competing for the rights. Paramount is out of the game due to being in a tough financial spot and still regrouping after a hiring a new chairman. Despite being out of the hunt, it isn't like Paramount is devoid of any franchises as they have Flashy Bang Boom Robots  and Mission Impossible. Lionsgate is in desperate need of a franchise after the end of Hunger Games and Twilight while Divergent failed to take its place and movies like Gods of Egypt were massive flops. It is those massive flops that have probably kept then from going after what will be an expensive franchise. The most obvious studio absent is Disney, who is so deep and rich in big money garnering franchise like Avengers, Star Wars, Live-Action remakes, animate features, and Pirates that they probably just chuckled at the prospect while throwing cash into the air.

As for the players in the game. Sony Picture is the one that needs it the most, There is no evidence that anyone wants to see a cinematic universe full of Spider-Man leftovers or that there is any life left in 21 Jump Street (especially considering the second did all it could in killing the notion of endless sequels). Sony needs something secure, and while James Bond isn't the powerhouse that it once would have been, it is still a major recognizable global brand. Though the kicker is that MGM and EON are only offering a single movie deal, but since they have already played ball with Sony, they may be more willing to extend things (unless they aren't happy with Sony).

Universal is the studio that a few years back everyone said was in trouble because it lacked big franchises, but then in 2015 had one of the biggest box office years ever thanks to Furious 7 and Jurassic World. Fast and Furious has proven to still be a powerhouse, but I'm not sure how much legs the Jurassic Park franchise has after the next movie. The monster universe will probably prove to be a non-starter after The Mummy is released this summer. On the positive side, they also have the very successful Despicable Me franchise, and two franchises that are very strong with females in Fifty Shades and Pitch Perfect. I think, this studio is much healthier than pundits believed a few years ago, and outside of Disney, may have one of the stronger franchise slates. I could see them making a big play for James Bond to cement themselves as a strong number two box office getter (no one is catching Disney any time soon).

Warner Brothers' biggest guns are DC Comics and LEGO. The DC Comics franchise may have been a critical disappointment and didn't make as much as they hoped, but it still had two of the top grossers last year. I don't see LEGO being the type of franchise that endures, but right now, it is safe because their first two movies were of top notch quality. There is also their big monster universe they want to launch with King Kong and Godzilla, but I see audiences wearing thin on this before they can get several movies deep. They have several other potential franchises in the making with Blade Runner, Mad Max, Tomb Raider, and Ocean's. My feeling would be Warner Brothers has enough big players and universes to focus on that they can let James Bond go.

Much like Sony, 20th Century Fox is another that looks pretty thin on massive mountain of money earning tentpoles. They have Deadpool and the X-Men, which are both solid, Then it gets a little shakier, with Alien potentially going either way in its ability to draw (Prometheus had a poor audience reception, but Alien: Covenant seems to be trending well). Planet of the Apes may be coming to an end, and Kingsman's original was a hit, but who knows how long its style can keep going. My guess is Fox really would like to have another reliable franchise.

Annapurna is a pretty new distributor and for the most part has been releasing smaller prestige movies and doesn't have any big franchises. My guess is they like having a high quality independent cinema reputation where they focus on releasing award contenders like Detroit, Downsizing and Paul Thomas Anderson's upcoming project. They are probably going to stay small but that doesn't mean they wouldn't at least like one really big establishing franchise. It would make them look like a player to land James Bond, and they could still round out the rest of the year with the prestige fare. But the big question is does MGM and EON trust such a new and unproven distributor? This is where the one movie deal could benefit them, as Annapurna has a chance to prove they are good partners and if it works, it will be extended.

I don't see James Bond being any kind of game changer for a studio, but it is a nice fairly consistent draw. It will mean more if they can get Daniel Craig for a final movie to wrap up current storylines. I also believe MGM and EON will want someone that has a solid track record and proven to market hits. On the other side, I believe it will go to the studio that believes it really needs another franchise. Sony is probably that studio, but if MGM and EON was interested in them, I think they wouldn't have put this one movie deal in place. So, my prediction is in the next few days we will be reading the news that Fox will be distributing the next James Bond picture.
James Bond Movies News