'The Mummy' Trailer Smothers a Cool Idea in CGI and Clichés 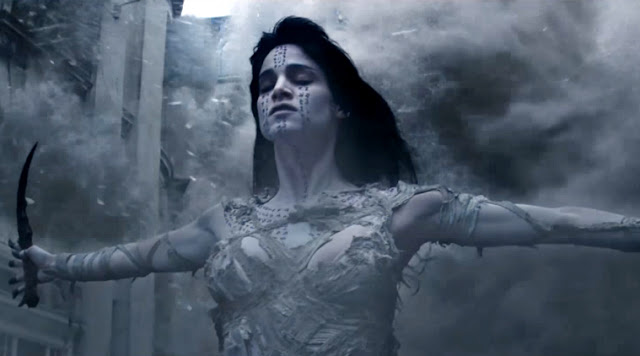 The latest The Mummy trailer has Russell Crowe offering up some expository dialogue to spell out the main premise. Tom Cruise's messing around awakes an unholy and power hungry undead would-be Egyptian Queen and now he has some dark connection to her that meant he didn't die in a nasty plane crash but also is now hounded by evil spirits. The concept of the lead having a supernatural link to the big bad and one that makes him a more questionable protagonist is full of potential. Except I can't shake the feeling from this trailer that any of the interesting story aspect of this feature is going to be drowned out by the big, booming CGI action and copious amounts of jumps scares and soldiers being dragged into the dark. Why do big budget movies even bother coming up with interesting concepts if they are going to ignore them for the sake of explosions and worn out action that we see a zillion times every summer. I miss the Brendan Fraser The Mummy already.