Time to Move Another Unexpected Movie to the Anticipated List 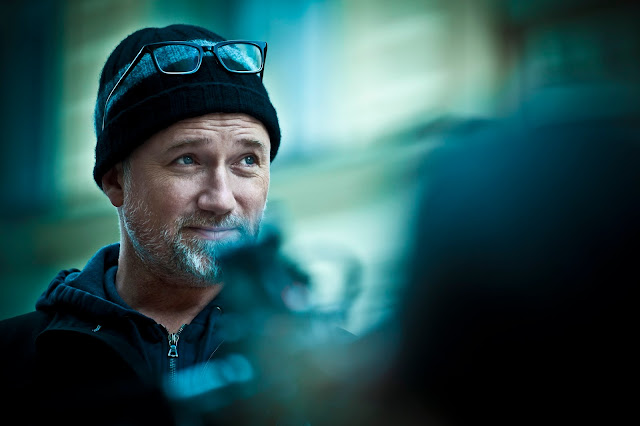 World War Z was one of those infamous movies that had production issues and a parade of new screenwriters in for rewrites and what is believed to be a significant amount of studio interference. It kept on getting shoved around on the release calendar with those dreaded words of "reshoot" being spouted out. The end product shows the hot potato of screenwriters with a choppy narrative and some drastic tonal shifts. I wasn't a big fan of the movie but I admit it could have been a bigger disaster considering all the drama. Despite those issues, it turned out to be a decent little box office success, so there was always a chance a sequel would come about. I enjoy most of Marc Foster's filmography and I was willing to blame the creative failures of the movie on the various production issues and the pasted together screenplay. It looks like I won't get to see Foster's take on World War Z 2 and that is actually great news.

One of the greatest visual and atmospheric directors around, according to Variety David Fincher is very close to being the director for the sequel. This is great news because Fincher has made some of the best movies in the last three decades in Zodiac, Panic Room, Gone Girl, Seven, Fight Club, The Social Network, and I really cold just list all his movies not named Alien 3. The other exciting aspect is that while Fincher has done a lot of dark thrillers, he has stayed away from straight horror and never done a creature feature. Fincher is great at setting up dark and disturbing worlds, and I'd love to see his take on the zombie movie. Fincher makes great thrillers that aren't your typical mainstream fare, and he would bring something completely original to the sub-genre (a sub-genre that is beginning to rot and decay in its derivativeness).

World War Z 2 was a flick high on my list of movies that I couldn't shake up an ounce of interest in seeing or reviewing. Fincher is the type of director that I am excited over anything he will craft. The reason he has a great track record is he known for being very picky on the projects that he chooses and is willing to back out the moment he feels it is no longer fitting his vision. He isn't the type of director that will give in to studio demands or steer away from the story he wants to tell. Most of his movies (other than Alien 3 that he did at the start of his career and there are talks about the massive studio interference), are his creations and are full of his unstifled voice. Good or bad, I have confidence World War Z 2 will be a director driven movie, which is something we rarely see now in any big budget features.

It isn't a secret that Fincher is this way. The fact the producers and Paramount has been luring Fincher makes me believe they want this to have his unique style and touches. They want a Fincher zombie movie, and I am sure many can get excited about that. This does seem to be becoming a very great trend where studios are trying to get top notch and independent (meaning stubborn directors that do their thing rather than directors of independent movies) to infuse their unique voice into a big franchise picture. In a landscape that is cluttered with big name movies, quality is starting to become a very important thing again and studios may be realizing they need to have fresh and unique movies to stand out (unless your Transformers and you just get louder and make lots of money).

Even if I'm completely wrong about this trend or that Paramount is delusional about their ability to control Fincher, the fact Brad Pitt is starring and producing is a reason to keep excited. Pitt has a history for backing up Fincher and standing up for him against the studios. When Fincher wanted Kevin Spacey as the villain in Seven but studios balked at the price tag, Pitt helped push them to seeing the light. Can you imagine anyone else playing John Doe? It looks like there are a lot of reasons to move this sequel on to the anticipated list.
David Fincher Movies Musings News World War Z World War Z 2