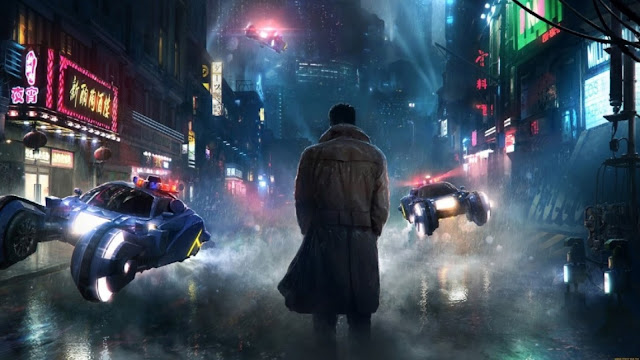 If Ridley Scott is diving deep into Aliens, Denis Villeneuve is the very best auteur to be helming a return to the world of Blade Runner. The latest trailer for Blade Runner 2049 is visually captivating as is expected from the man who gave us Prisoners, Sicario and Arrival. The best part is Villeneuve establishes his own unique visual style while maintaining the visual tone and look of the world in the 1982 original. It has advanced in technology and changed some architecture but still feels like the world we remember. It captures the noirish bleakness that defined the original. I also love that instead of reverting to the typical greys and steely blues that are over-used in tentpoles that try to convey a somber vibe that this goes for bright yellows and golds. The colour palate still gives feelings of hopelessness and despair, without feeling routine.

This trailer gives lots without really spoiling much of the plot. Jared Leto looks outright creepy, and I assume he is the villain here. Maybe Dave Bautista will play one of his toughs, because it does look like he attacks Ryan Gosling's lead character at some point. The real big story reveal is Gosling is out looking for Harrison Ford's Rick Deckard, but it doesn't really tells us why. It isn't clear if this story is going to go the route of Deckard being a replicant or just one who was sympathetic to them at the end of the original movie. I also assume at some point they need to address the fate of Sean Young's character. To follow the mode of questioning humanity and reality, there are allusions that Gosling's character might even be a replicant or at least, his character is more than just a Blade Runner. This reaffirms that this fall is going to be a grand time for sci-fi adventures and we may be looking at one of the best movies of the year. Excitement reigns.
Blade Runner 2049 Denis Villeneuve Harrison Ford Movies Ryan Gosling Trailer