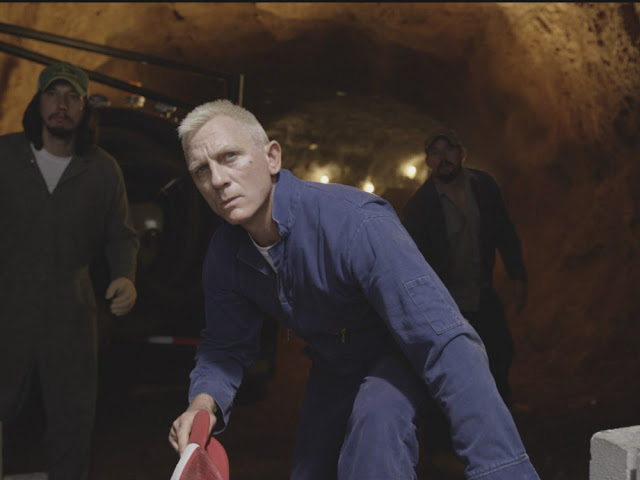 Steve Soderbergh is done with his retirement from movies to re-team with his Magic Mike star, Channing Tatum, to give us a blue-collar Ocean's Eleven in Logan Lucky. As you'd expect with a Soderbergh picture, there is a pretty fun cast with Adam Driver playing the dopey brother of Tatum, Daniel Craig playing against type as a bleached hair eccentric safe cracker, Katie Holmes looking to play an ex-wife, Katherine Waterston looks to be in something much better than Alien: Covenant, Riley Keough from Mad Max: Fury Road looks to have big role here and I'll just ignore Seth  MacFarlane is in this.

Essentially, the plot is the not-so-bright brothers are trying to steal the winnings of the Coca Cola 600, and I'm guessing it doesn't go too smoothly. The trailer is marketing it as a comedy but I'm expecting a pretty well-paced and layered thriller with some twists too. Soderbergh's name is enough to get excited about any movie, but this looks like a story that has action and character-driven comedy, which plays well to his strengths.

Looks like we finally have an August release worth getting excited about. Though being distributed by Bleecker Street probably sadly means I'll need to wait until it comes to Netflix.