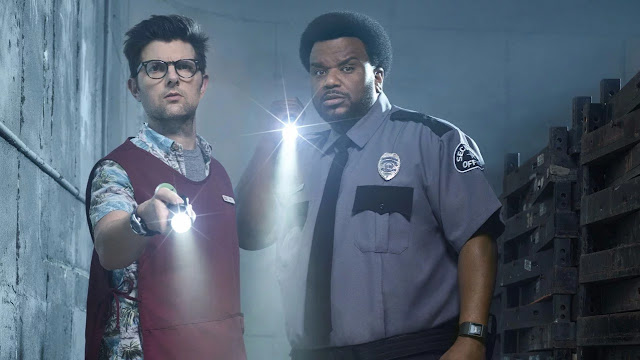 One thing that stands out about the Network Upfronts is that the networks seem to unveil far less new series for the fall, Part of that is that there is now the "year-round" TV model where they save up some big shows for the winter and summer time too (years ago, those times were just slotted for replacement shows that networks only resorted to when their big guns fizzled). The other reason for less new series is likely that most new efforts over the last few years have flopped, so networks seem to have smaller orders, so they can focus more on making what they have really shine. Here is the shows that FOX hopes brighten ups their schedule this fall.

It is a family drama with mutant. And bright flashy lights. And spider robots. And a resistance. And a nasty government agency on the hunt. And now the more that I think about it, not sure how much focus there will be on the family drama aspect, I appreciate that this feels like an  attempt to do something new with the comic book/superhero TV series resurgence. The focus seems to be mostly on the family rather than attempting for epic scale covering numerous mutants. Hopefully, this means for an intimate and character-driven series. The trailer didn't blow me away and this is fighting to avoid being generic, but the concept is interesting enough to give it a shot.

This feels a lot like Galaxy Quest if the crew was actually in space rather than just actors in a second rate Star Trek series. Even if it reminds me of something else, it is a something else that was a pretty brilliant movie. A sci-fi space exploration comedy has a lot of potential. I like the little twist that the captain is forced to work alongside his ex-wife, which has a lot of potential for some humour. My biggest problem is that I have never been able to get into Seth MacFarlane. His delivery always feels detached and disconnected from the story that he is in. He never feels like a real character, but always dripping with condescension and cynicism. His success shows it works for some people, but it always draws me out. He seems to have toned it down some here and may allow some of the other actors to bring the jokes. This is definitely one of the series that has some great potential.

Hey look, another medical drama. At times this trailer had me such as the doctor trying to cover up his mistake or how Conrad seemed to be ready to butt heads with that same doctor. It looks to be oozing with melodrama and trying to conjure up those "special moments." I also sense it is kind of struggling with what it wants to say in an attempt to look irreverent and controversial. This is one series where it is hard to judge it just based off this trailer, because it isn't clear if some of this stuff is going to be allowed to grow over the series or if it is all resolved in an overstuffed premiere episode.


It is Men in Black mashed up against the Ghostbusters. Stuff like this is a challenge on TV, because it requires strong special effects which need the time and budget that isn't often available for a weekly series. I hope they keep the episode order small so that they can make sure this looks good. I am a big fan of both Adam Scott and Craig Robinson, and they play off each other really well in the trailer. This has a lot of potential to be fresh and try some new kind of stories. With The Orville premiering around the same time, it looks like this fall's fad is sci-fi action comedies.

The positive is that the great TV actor Dylan McDermott has landed a new series. He seems to be having a lot of fun playing an incompetent airplane captain and reveling in doing comedy. The downside is that this doesn't seem very funny but rather very painful.