The Downside of 'The Lego Movie' Success 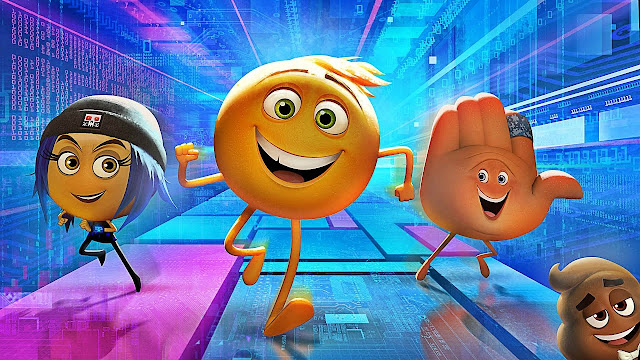 When I took Everett to see The LEGO Batman Movie, there was a teaser for The Emoji Movie. The moment it ended, my 5 year old son (who loves all movie and gives his thumbs up as long as it is a cartoon and colourful) blurted out, "Why would you make a movie about emojis?" I should also mention he loves emojis and always asks to add in a smiley face or some other icon if he knows I am texting someone. Yet he even gets that this is a dumb idea. An idea that I am pretty sure exists because someone saw how much money The LEGO Movie made and thought that since emojis were popular it would equal box office gold. I really hope that person is wrong and it is shown you can't just turn everything recognizable into an animated feature that will draw out the children.

I will say that at least there was some attempts at creativity here. They created a magic land where emojis live inside each person's phone. As a two minute short, that isn't a bad concept. I also appreciate they are trying to squeeze out a positive message about being yourself and not following the crowd. I am sure by the end, 'Meh' emoji will be who he wants and finally find acceptance. But despite all that, this does not look like a good movie. The jokes fell flat and the "be yourself" message has been used in much better movies like Zootopia, Moana and Inside Out. Or I assume they will be much better movies, because if these are the best clips to get me excited then this will be a painful 90 minutes.

There have been so many awesome animated features in the past few years. They have been creative and distinct, and have crafted positive messages in unique ways without harming the storytelling. The message in The Emoji Movie is positive but it seems forced. In what I see as a golden age of animation where you have the previously mentioned movies along with other great stuff like Kubo and the Two String, Monsters University, Trolls, and The Little Prince, I just don't see The Emoji Movie being much more than disposable junk food. I hope to be proven very wrong, but for now, I am glad Everett is not excited to see this one.
Movies Review The Emoji Movie Trailer