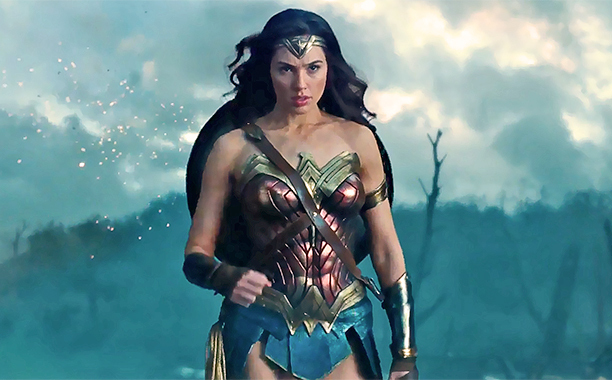 Wonder Woman is a big deal. The first female led superhero comic book movie in over a decade. The first big budget comic book spectacle to be directed by a female. This weekend the movie garnered massive critical acclaim (currently stand 93% on Rotten Tomatoes) and earned the highest grossing opening weekend for a female directed movie ever($100 505 000.00). As ground-breaking as this movie is, as I said in this morning's Breakdown, it is really sad that it took until 2017 for this to happen. Josh Spiegel writes a really solid article about this very issue over at The Hollywood Reporter.

The hope is that this success will make studios less apprehensive about putting females in the lead of big blockbusters and even more important, allow more female filmmaker to helm a picture. As the article points out, it isn't like there hasn't been evidence in the past that there is a large crowd clamouring for big budget event movies focused on female protagonists such as Star Wars: Force Awakens, Rogue One: A Star Wars Story, Hunger Games, Beauty and the Beast (still highest grossing movie this year), Maleficent, Lucy, and Pitch Perfect. We may also have to accept this isn't the giant shift in studios' mentality quite yet. There is hope with the fantastic Ava DuVernay set to direct a $100 million plus budget event movie in A Wrinkle in Time and Gina Prince-Bythewood set to be the first black female to direct a superhero picture in the Spider-Man Universe set, Silver & Black.

As much as DC Studios has taken a beating by serving up sub-par movies and building their own cinematic universe in a very rushed and backwards way, they now have one huge victory against Marvel Studios. Marvel is now 15 movies deep without a single female led or directed movie, and after only the fourth movie into the new DC Universe the studio accomplished both. As much as it annoys me to have to say this is a historic feat in 2017, this is a major victory for DC Universe and shows there are willing to be more progressive and take bigger "risks" than Marvel (though evidence points to diversity not being the risk studio heads believe).

Director Patty Jenkins also proves something that was clear with her 2003 Monsters, she is an incredibly talented filmmaker that deserved to direct a big budget tentpole. The other big victory she delivered for Warner Brothers and DC Comics was craft a movie that is better than almost all Marvel Studio flicks except for their very top notch like Avengers, Guardians of the Galaxy, and Captain America: Winter Soldier. Outside the Disney owned Marvel movies, the only recent movies I'd put above it would be Logan and Deadpool. It is in pretty special company.

Wonder Woman has all the special effects action, origin story beats and big chaotic finale that seems mandatory for first instalment superhero picture. Jenkins adds a kindness and optimism that is absent in so many of the other movies. Gal Gadot's Wonder Woman has a smile on her face for most of the movie, and while she is a definite bad-ass, her focus is protecting and loving a mankind that she has no  obligation as they are complete strangers. Gadot creates a sincere and compassionate superhero that looks for the positives amongst all the dark. So, even though we have villains using a poison designed to wipe out much of humanity and the movie is very violent, there is a sense of optimism throughout while also remaining uplifting throughout. This is a huge change from most big budget movies today that believe things need to be dark and gritty. Even the movies that are more bright and colourful, the hero still tend to be cynical and sarcastic. Wonder Woman is counter to all that, which is what created such an invigorating experience in the theatre.

Even though it is more than a decade late, hopefully studios are willing to take some major lessons away from Wonder Woman and we move forward with more diverse big budget tentpoles.