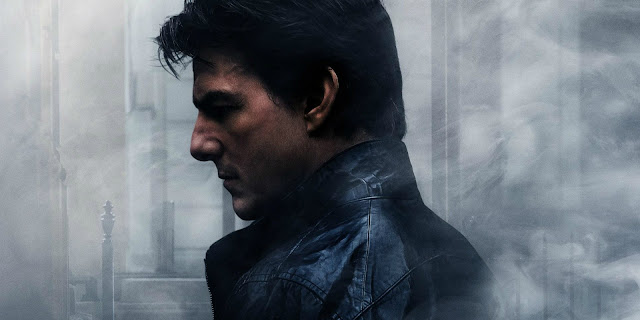 Note from the present: I had been contemplating doing a movie news round-up columns for months now.  Last week I finally decided to try it out, and after a few minutes, I realized I found the rapid fire thoughts of several items was tedious, so I then found something to distract me. Then I decided I should try to at least finish it, then Danika kept trying to feed me plastic fruit and my progress of words slowed down. As the hours passed, the news started piling on and I thought it was best to just abandon it. Except I have a long history of scrapping half-finished articles and reviews, and I would like to have something to show for that time spent. So, everything below is rather musty and dated, and I didn't even get to half of the news that I wanted to talk about. It is a thing that I wrote, so I'll post it unfinished. If time is on my side, then I may do a trailer round-up later with thoughts on Coco, Black Panther, Olaf's Snow Adventure and Flatliners.

Here is a new several times a week columns that I am going to try-out or potentially drop after this one time. I want to try to expand the type of writing I do on here, especially after my "Nine Years" personal piece surprisingly skyrocketed to my fifth most viewed piece of all-time. The deal is the Movie News Corral won't have all the latest movie news, it won't even have the best movie news, it may not even be very 'newsy', but I guarantee whatever it is, my opinion will be lathered all over it.

1. Jaume Collet-Serra a well-established thriller director (that made the terrific The Shallows last year) is teaming up with Annapura studios (that is ready to make a big break as a studio and distributor with this August's Detroit) to make historical drama, Waco. This is a salivating worthy team-up since Annapura looks set to make films geared towards adults that still pack some thrills and Collet-Serra will be directing off a script by Mark Boal (Zero Dark Thirty, Hurt Locker) and Marc Halmes (Kubo and the Two Strings), which means this movie has potential to pack some deep digging drama. Waco event is one of those intriguing stories that I'm surprised hasn't been tackled yet, based off the famous stand-off between FBI and Texas law enforcement against the David Koresh led cult the Branch Davidians. This will be Collet-Serra most ambitious and biggest in scope movie yet, and it is exciting that he is going out of his usual closed space action-thriller to a drama that will have many moving parts.

2. Neill Blomkamp is the director that I keep on rooting for even if District 9 is his only film that I enjoyed. It was such an innovative and technically meticulous sci-fi thriller that he has earned unlimited second chances. I am on Team Excited for his new Oats Studios that will be releasing a series of short films on YouTube and Steam. The vision is for the shorts to try out different technology but also tell stories where he has complete creative control. There is also the strong chance if one or two short movies become hits, then be turned into a full-length features. I look forward to when he drops the first set and it looks like it isn't afraid to be bizarre.


American Made is the biopic of pilot turned drug smuggler Barry Seal, and you cannot escape the feeling of director Doug Liman doing Martin Scorsese, especially movies like Goodfellas and The Wolf of Wall Street. I trust Liman to balance the wacky hijinks with character-driven drama a lot better than Michael Bay did with his Scorsese movie, Pain & Gain. The challenge with these pictures is always the lead is not very likable and often bottom of the barrel scum, but the hardest working actor in Hollywood, Tom Cruise, does have the goods to pull this off. He is charming enough you are willing to stick it through with him for redemption (though if they follow the real life story, he never does). It is exciting to see him tackling something a bit more dramatic after over a decades as an action star. The story is intriguing, the visuals look great, and it isn't afraid to be edgy, so there is a lot of potential for this to be one of the stand outs of the fall.

4. It doesn't look like Dan Aykroyd will be inviting Paul Feig over for any BBQs this summer. His whining about Feig's job on last year's Ghostbusters means that Aykroyd may be the only person in the world still talking about last year's unfortunate (hey, I liked it!) box office flop, Ghostbusters. I get that Ghostbusters is his baby and one of his greatest claims to fame, and his dream of a Ghostbusters shared universe is spiraling down the toilet. He is slagging and giving condescending advice to a director that gave us Bridesmaids, The Heat and Spy this past decade, while Aykroyd's most recent feature film screen writing credits are Blue Brothers 2000 and Coneheads, and his lone directing effort is the 8% Rotten Tomatoes scoring Nothing But Trouble.