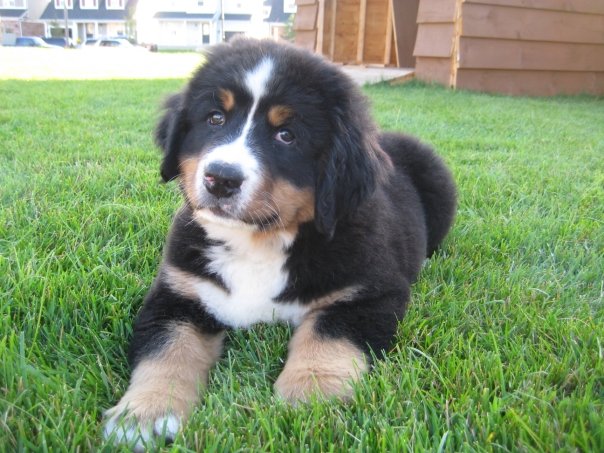 Eight years ago today a ball of fur rolled out into this world. Several weeks later that fuzzball of cuteness was named Summit and a few weeks after that we took him home. He instantly became my furry and slobbering son. He only knows me as 'daddy' and Emily as 'mommy.' He would tilt his head and eventually walk away if you asked him to find Christopher. For three years, I considered him my baby boy, until a real and far less furry one came into my life. But he always has and always will be family.

He was there the day my grandma passed away and I didn't know how to manage my feelings other than break down and cry. For that entire day he refused to leave my side and allowed me to just squeeze him and sob.

Every day without fail, he will come ambling over while I am writing to stick his muzzle under my arm and fling it into the air. This is his way of letting me know it is time for some pets and hugs. It is also his way of reminding me that he loves me and he is always there for me.

When we finally got kids, he had little problem transitioning into climbing apparatus. He has had Everett and Danika sitting on his head countless times and been the mountain to conquer when they first started crawling. When he has enough of being a play toy, he quietly gets up and moves to another room. I know enough to tell the kids he isn't interested in them following. If they do, he puts up with it for a while before moving to the next location. 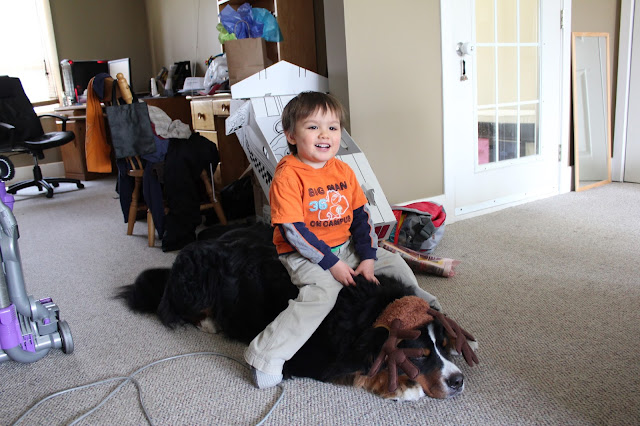 Danika loves Summit. I mean, really adores and loves him. She wakes up every day with her most frequent first question being about the whereabouts of 'doggy.' She cheers with glee when he runs into her room and if that doesn't happen, the celebration commences when we find him downstairs. He is her best friend. She loves letting him know when he is a "good boy", one of her highlights is giving him treats, she squeals with delight when he comes outside with us, and will often tell off her brother if she thinks he is teasing him.

He keeps me fit. We walk twice a day. Or at least, we are supposed to. I've been a little slack the last few months, and maybe that is partly why my emotions have been flaring up. My time with Summit in the cool evening is special. It is our time to unwind and decompress. It is when we bond.

My eight years with my constantly shedding and panting son has convinced me there is no such thing as "just a dog." Summit is family. Summit is my child. Summit is my love. Summit is my treasure. I can't imagine these past eight years without him. If I had a wish, it would be that I could get eight more with him. His breed makes that very unlikely, so I will settle with the remaining years being memorable.

He is still healthy and full of life. Like most Bernese Mountain Dogs, he is convinced that he is still a puppy. If you are sitting on the floor, he believes his 80 pound frame is perfect for your lap. If you are standing, he will sneak through your legs so that you have now mounted him. He just wants to be real close. He is a family dog, and he is a central part of my family. 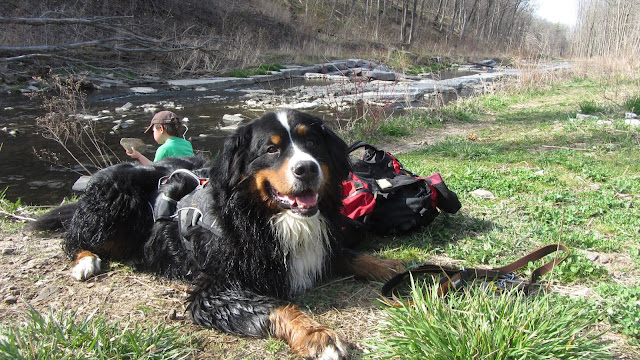