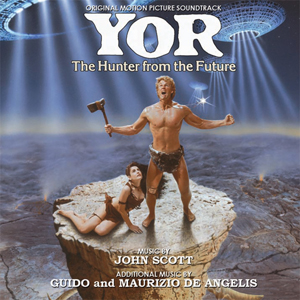 Reviews and humour and thoughts and magic and kid pictures will flow like a fine maple syrup on this blog, but probably won't be doing such a thing until after August 20th. This is something that I knew for months, yet still thought my post from last week was a thing that I should write right away. There will hopefully still be some articles and maybe (a very small and miniscule maybe) a few movie reviews on here in the next four weeks, but there is almost definitely going to be a few several day droughts due to my upcoming limited access to Wi-Fi. I am well aware this may resemble a ghost town, but this isn't me just tripping into the emotional abyss for every 6 days. I will be a little engine that could, and hope that I will have a piping hot plate of words to serve up on a semi-regular basis over the next several weeks (though between July 30th and August 5th, there is likely to be almost nothing on here, as well as a few other 3 day periods later on).

What I know will be posted on here every Monday is The Breakdown podcast, because those are recorded and ready for listening. Next Monday, we have a show that really is to the styles, strengths and flavour of me and Scott's reviewing with The Breakdown of Box Office Flops. We like trying to find the gem amongst what others regard as trash, and I will spoil that there is at least one movie (but maybe so many more) that we both agree is worth checking out.

Then on August 7th is a show that embodies much of my childhood and brimming with nostalgic goodness in our The Breakdown of Totally 80s. We looks at such 1980s pieces of magic like E.T., Romancing the Stone, and The Karate Kid. Almost every movie on that show held a pretty special place in my heart as a kid, so it was exciting revisiting them and seeing if they held up. It was also interesting seeing how my childhood treasures were different than Scott's own. A few movies are bestowed with the cherished 4 stars.

The next stop for the podcast is August 14th, which happens to be our 200th episode. Scott is still reeling over the fact that we didn't do anything special for the 100th episode, so this time we explore what we have learned and experienced doing a movie review podcast over these past 5 years with The Breakdown of What We Learned After 200 Episodes. Unfortunately, we had some technical difficulties with this show, and we lost a good 30 minutes of it that we were unable to recover. It is still a great show and worth looking forward to it, and you may not even notice that some audio was cut other than it is shorter than most of our recent shows.

Finally, our last in-the-can show has a theme that we have wanted to do for over a year now with The Breakdown of Genre Filmmakers. We explore the directors who are most associated with films like horror or sci-fi or other mid-budget genre fare. It is a great show to introduce you to talented directors that are worth checking out while also discussing some of the movies that define them. Many of these directors have some of their work on Netflix, so many of you can check out their stuff right after the show. Synergy! That show will be coming your way on August 21st.

Now you know there will be our regular schedule of podcasts over the next month, and I think they are all pretty good and fun, but of course, I would say that. You will have to listen to them to see how accurate I am about that.

The goal is to have stuff up here as much as I ca until August 20th, then after that day there should be a slew of not-quite new releases reviews and other thoughts about how the world has changed over the last 26 or so days. This place will really rock and pop at the end of August, but until then, please stop by every few days (and every Monday), but also catch some sun, you're starting to look pasty.
Blog Breakdown Excuses