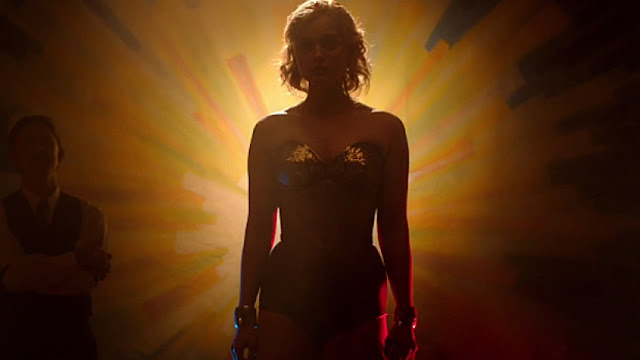 Fall is on its way and so that means all the Oscar bait trailers are starting to roll out. Nothing says Oscar bait like a biopic, and during the rise of superhero movies, I am shocked it has taken this long for there to be a movie about a comic book creator. Annapurna Pictures just released the first full trailer for its big fall feature in Professor Marston & the Wonder Women, which I had wrongfully believed was a documentary until I saw the trailer. Also based off this trailer, it seems to be far less about the creation of the iconic superhero, Wonder Woman, and more about the love triangle between Moulton Marston (Luke Evans), his wife Elizabeth (Rebecca Hall) and his mistress Olive Byrne (Bella Heathcote).

I don't know much about the actual history of these figures, but the movie seems to have some intriguing drama. I am now on team Evans after his great performance in Beauty and the Beast, and Hall has been great in everything she has been in. I hope that the movie does explore further some of the problematic contradictions of Wonder Woman created as a feminist icon but the mixed message coming out of those original stories. Plus it seems like Marston himself had some divergent views opposed to what Wonder Woman signifies now.

The timing is right for this movie to be a decent hit for Annapurna, since Wonder Woman was a smash hit movie this summer and so her name is hotter than it has been in a long time. Of course, the material of this movie is likely to appeal to those that often skip out on super hero movies and wait until October to return to the movie theatres.

It at least looks to move away from many of the typical biopic beats and is willing to delve into some more controversial and interesting material. It hope this doesn't just go full tawdry romance and does explore some of the interesting elements of the comic's creation.