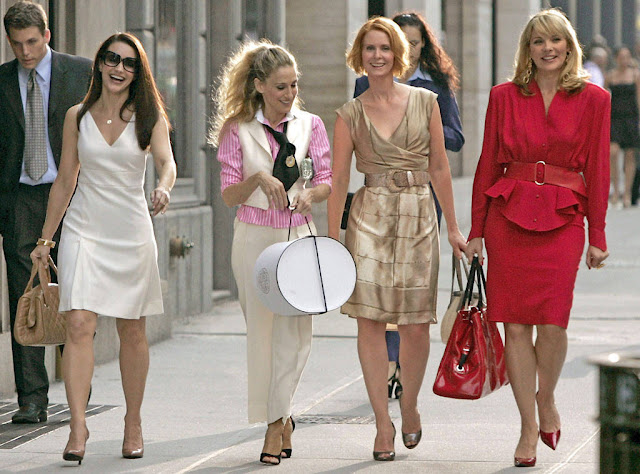 It has taken almost an entire year, but Scott has finally fulfilled his end of the bet that we made during last year's Summer Box Office Challenge. The contest was that we would both pick ten movies that we felt would have the highest domestic opening weekend, and the winner at the end of the summer got to pick three movies that the loser had to watch and review. I had picked Sex and the City 2, Superfast, and Smurfs 2. Then Scott took forever in watching the movies, so Superfast left Netflix before he got to it, so he had to watch the original Sex and the City movie, since the sequel seemed to be such a painful experience. So, you can now enjoy his pain as he goes back to New York City with his favourite sexy ladies in his latest review.

If you enjoy Scott reviewing awful movies, then you are in luck. We did the Summer Box Office Challenge again this year, and Scott has proven to be awful at it. It is inevitable he will be losing once again, so I get to pick three more atrocious movies for him to review. The hope is that he does it in a couple of months rather than an entire year, but we will see how that goes.
Movies Pimpage Review