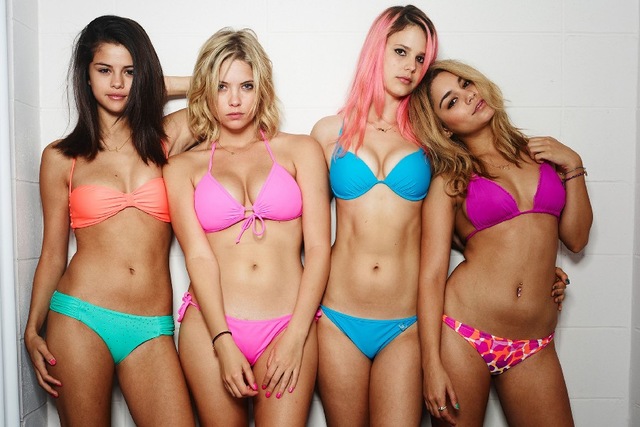 There are many great, insightful, and deep articles written by talented writers for various movie sites. Sometimes those articles even get read by someone occasionally. The reality of social media and the fact that clicks mean money, articles often mean less about how smart and complex they are and more on how sexy is the headline. Often you get a headline that promises a shocking and exclusive revelation of events that happened on the set of The Last Jedi and then the article details the time John Boyega shared a ham and cheese sandwich with Daisy Ridley. Scintillating.

Now, I have a confession, my own little headline may have some clickbaity properties like the word 'Amazing' or you know the promise of a list, because the Facebookers love the lists. I am still confident that those big, popular movie sites will likely avoid the following twenty headlines.

1. Ten Actors Who Had Minor Disagreements with Other Actors That Did Not Lead to Any Disaster Just Like How You Sometimes Disagree with a Fellow Employee at Work

2. The Director That Has Been Rumoured and Reported Everywhere Else is in Fact Directing the Upcoming Blockbuster as You Already Knew

3. Here are Ten Movies that I Really Liked Watching This Year and Seven of Them are on Every Top Ten List You Have Already Read

4. Two Actors Who are Dating are Holding Hands Just Like Non-Actors and We Have a Picture to Prove It

5. A Movie of a TV Show or Toy or Video Game Might Get Made in the Next Few Years as Long as a Script can Get Written, Funding Can be Found, a Director Gets Hired, and Some Actors Cast

6. This Fifth Trailer of a Popular Upcoming Movie has Most of the Same Clips Shown in the Previous Trailers but Have Now Been Rearranged and Played to Led Zeppelin

7. Ten Times a Famous Actor Acted in Movies That We Liked

8. Top Twenty Times a Movie Got Made

9. Ten Times Actors and Directors Totally Got Along to Make Popular and Good Movies

10. Here Are Production Rumours on Movies That We Got Off Wikipedia and We Hope Are True

11. The Oral History of Yor the Hunter of the Future

12. Scientists Confirm that the Remake of Your Favourite 1980s Movie Will Indeed Not Murder or Burn or Murder Burn Your Childhood

13. Here are a Series of Movie Advertising Disguised as Interviews That We Did with Movie Stars Because the Movie Studio Gave Us Tons of Sweet Free Stuff

14. This Famous Actor May or May Not Star in This Popular Movie Slated to be Released in Three Years

17. Twenty Movies that if You're a Movie Buff (and Hey, You're on This Site so You Probably Are) That We're Pretending You Never Heard About but You've Likely Already Seen Ten of Them

18. You Probably Already Guessed but the Movie That Made a Billion Dollars is Making a Sequel Because Studios Like Money

19. An Exclusive and In-Depth Career Perspective of Carrot Top

20. Breaking News: Your Life Will Still Be Great Even if the New Marvel Movie is a Disappointment
Clickbait Humour Movies