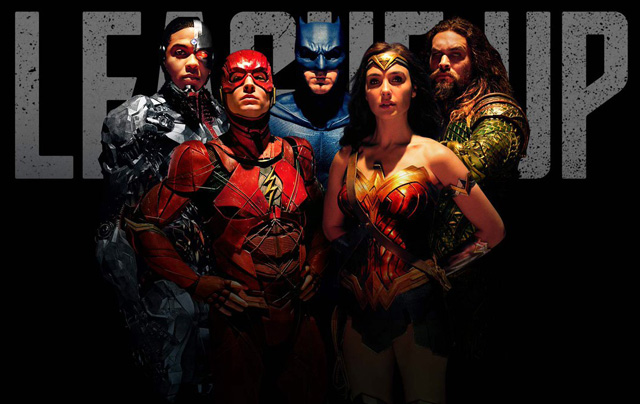 In news that isn't that significant but still almost made be spit out my coffee for a classic double take, Justice League isn't pulling a Lord of the Rings trilogy by going even longer than its previous movies. I had been dreading the reveal that Justice League would be a movie where I would need take a photo of my children because they would be teenagers by the time I got back home. Instead, the Manabytes' blog is reporting that Justice League will actually be the shortest DC Universe movie with a run time of 121 minutes. That is a brisk compared to what we expect from bloated comic book event movies.

The reality is that length never has and never will have anything to do with quality. Though franchises like Transformers and most movies directed by Peter Jackson seems to believe you need a massive run time for a movie to be epic. I remember on Siskel & Ebert that Gene and Roger would often remark that a good movie can never be too long and bad movie can never be too short. An article by Adam Chitwood on Collider, not only has a version of that statement (just giving credit to Roger Ebert), but also revealed that Suicide Squad had the shortest run time of the recent movies despite it feeling like a war of attrition to get to the end. On the other hand, Wonder Woman felt like the swiftest movie, despite having a run time only two minutes shorter than Man of Steel.

Length is rarely the issue, but apparently, a horde of drooling toxic DC fans are not aware of this and have sent death threats to the host of the Manabytes website for daring to report their beloved still to be released movie won't be three hours long. First of all, if your first instinct after finding out a movie is shorter than you had assumed is to write a violent and harassing email to the person reporting it, or for that matter, if any movie news inspires you to assault the writer, I suggest that you go play fetch with a transport truck or dunk your head in a fish tank for an hour instead. This is the type of nasty stuff that gives geek culture a real bad name or even why for most days that I wish I could avoid social media.

The source of hatred from these fans is also the same reason I was shocked by this run time. Justice League is promising a whole lot of story that feels like it is going to be very crammed and rushed for a slightly over two hour run time. The story needs time for the impact of Superman's death on the world to really sink in, and show the dramatic effects it has on Lois Lane, Batman and Wonder Woman. Plus there is a giant world invasion storyline taking place so you have a villain that probably should be established, some stakes need to be raised, and then of course the big climatic battle. On top of that, you have the recruitment storyline for Aquaman, Cyborg, and the Flash. Since we only ever saw these three characters in a grainy video on a computer in Batman v. Superman: Dawn of Justice, you'd assume they need to give some substantial time to allow us to connect and know these characters. It looks like they will need cut out the scene where bionic dad take Cybaby to the fair.

I sense the development of the new characters is going to suffer or the big invasion storyline is going to just be rushed through at the end. But I also do not know this, and at this point, I have to trust Justice League is the run time that it needs to be to tell the story it wants to tell. Considering that "longer is better" seems to be the big studio event movie mantra, going shorter feels like a bold and confident decision that came natural. It must be a case where Joss Whedon and Zack Snyder went against usual instincts of beefing up the movie and sticking with the length they ended up with after shooting and editing.

Please don't bomb my house, but I am on the side that the shorter run time is a positive, just because it is so counter to the current system. It may signal a much more focused and efficient story.