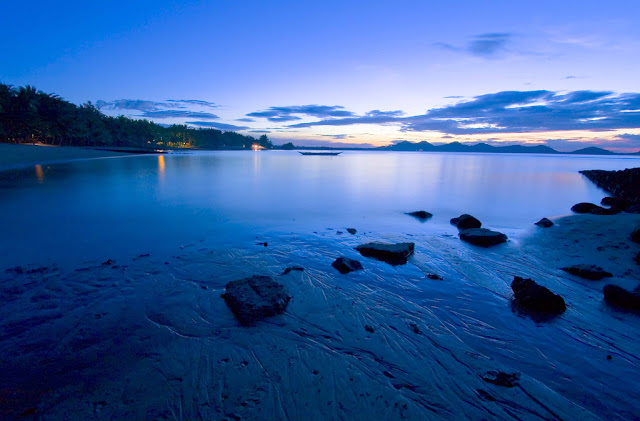 I have about one hundred and fifty two writing ideas on a daily basis. I never struggle having something to write about as much as I do picking what I write about. Having a problem like that would make one think the blog would be stuffed with content on a daily basis. As I've whined about in the past, it has been the exact opposite over the last few years. I often have a hot streak of articles for a few days and then outside of the podcast, take a long posting hiatus.

Part of the problem has been the overbearing depression and anxiety that I have written about to the point of nausea. Another big part is I have things like client work and being a dad, and when the emotions sap the energy dry then I need to prioritize, and those two things will always beat out the blog output (unless I could make money on here then it becomes a job).

The other issue is that over the last several years, I've written for relatively big pop culture sites obsessed with the clicks. The rule from all these sites is that all pieces posted need to be piping hot takes. If some news has broken or a trailer released, then a piece on it needs to have been written and posted ten minutes ago. I have had editors say that if something can't be written and posted in an hour then don't bother, because they have already moved on to something else. Timeliness is the most important thing to drawing in that coveted audience, because a site is trying to beat two hundred other sites with opinions on that delicious news item.

What that has meant for the blog is that I'll compose an opinion piece on something fresh in pop culture or start writing a movie review for the latest release then Danika will threaten to ride the clothes hamper down the stairs or a big paying project will land on my lap, so I need to push the piece aside for that moment. Once the stair tumble is avoided and the assignment sent off, then dinner needs to be cooked then that leads to putting kids to bed, and the next thing that I know the emotions crazy strawing away my energy to the point that I have nothing left for the blog.

In what I will openly admit is nothing more than a thinly veiled excuse, I return to the piece that now contains 'news' that has been extensively analyzed by every pop culture site and I decide it is old and stale. This past year has far too many discarded and unfinished articles stockpiled away than I am willing to admit.

The reality is that this site has never been nor will it ever be a hot movies news site. I am not going to break any news. It is foolish to think that I draw any kind of audience for piping red hot takes. My audience exists for one reason, and that is to actually read what I have to say. It isn't a large audience and I wouldn't even feel comfortable calling them fans, but anyone that comes here knows the words and opinions are mine. Unless they clicked it by accident, they are reading because they are interested to find out my take. Which also means that 'timeliness' likely matters far less than I try to convince myself when opting to throw away a piece.

It is humbling for me to think that my little name has somehow over time grown a daily audience that consists of hundreds of readers. While hundreds means very little to sponsors or in comparison to any pop culture site, it is still a lot for me to grasp. I often try to convince myself that I need to have fresh news or something beyond my words to bring in that audience.

The thing that I am learning is that writing is really important for my emotional and mental health. Being able to write whatever I want is a rewarding and uplifting experience. At the best of times, I would even say it is spiritual. This means that even in those darker emotional evening hours, I need to force myself to write more even if the 'news' is growing some mold.

I've decided that it is time to be okay with 'blue chilled takes.' I am going to start writing movie reviews even if it was release weeks or years ago. I have tributes to celebrities that I wanted to do, even if it is now years past their death. I have passion and thoughts that still hold relevance. While some news no longer has much point to be discussed, there are other things that I can still connect the dots to current events and will drive me to churn out a few hundred words.

Will anyone want to read it? Will it be interesting? I hope so. I won't find that out until I write them. While my goal is to also write about things that are current and steaming, I will also not allow something that is a few decades old be a reason not to write about it. So get ready for my perspective on the invention of this thing called the television, it may reshape how we get information!
Blog My Life Writing