Feedback Time: Is 'The Movie Breakdown' Podcast Too Long? 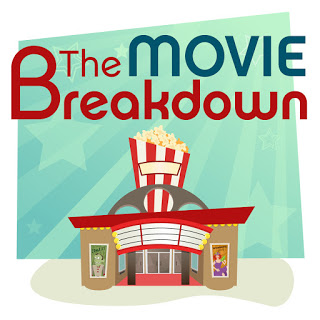 For the first few years of The Movie Breakdown podcast, I would say the average length of the show ran about an hour with some approaching 90 minutes or more and a few hovering around 50 minutes. I think that is a pretty respectable podcast length that doesn't fill up an entire afternoon but also is long enough to deliver a good amount of reviews and movie discussion.

Then in 2015 we tried for about 9 months a different format where we had a less structured approach where we discussed a variety of topics and didn't even always review movies on certain episodes. Those shows approached closer to 90 minutes and sometimes were much longer. Scott and I both decided we preferred the format where we review four or five movies a week and had pre-planned movie discussion topics.

The shows went back to being around an hour, but then we decided to incorporate two new segment on top of the original five, one being where Scott looked at the box office of that weekend and another that changed from me looking at Rotten Tomatoes score that weekend to the big movie news of the week to reviews of trailers.

Over this past summer the show started going over two hours on a consistent basis. Scott and I decided that it was time to retire the box office and trailers segment to avoid the excessive run time (we didn't want to be the Michael Bay of movie review podcasts). But then a weird thing happened, this fall we noticed are shows were still creeping near almost two hours even with those two segment removed.

We have discussed this and listened to past shows, we haven't really been able to solve why the shows have suddenly become so long. For whatever reason, we seem to be taking longer on the reviews and having longer discussions on our topics. The odd thing, is that for the theatrical movies, I am the only reviewing them so you'd think those segment wouldn't get too long. Yet here we are.

So my question for our listeners, have the shows become too long? Does it feel like we are dragging out segments or repeating ourselves too often? What do you think has made the length increase so much? Or are we worrying about nothing, and you think the lengths are just fine and the episodes have remained entertaining.

Please give us honest feedback so we know what we need to do and if we have to start working on strategies to tighten up the show.