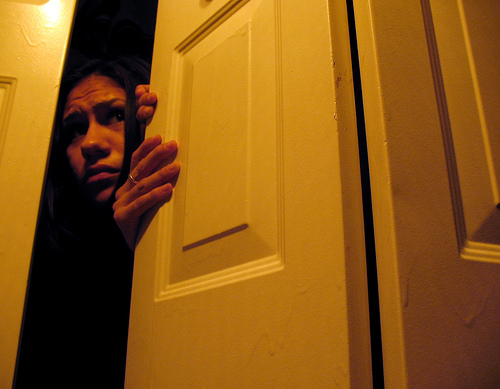 2018 has arrived. Like every time a new year arrives at my door, I get a sense of excitement and anticipation for a fresh start and the opportunities for new and exciting things. Ever since I started writing about movies in 2012, I find myself unreasonably giddy for the January slate of movie even though it is a month notorious for disappointing. I also find myself super charged up for writing again and filled with a bunch of projects that I want to accomplish in this year. In the weeks leading up to 2018. I have written a bit on my ambitious plans for writing, especially when it comes to film reviews.

My writing career doesn't mean much if I still allow my self-doubt and lingering sadness to crush my emotions into a fine mustardy paste. I have become quite aware that one of the most effective forms of therapy for me is doing the thing that I love, which is to write. Sometimes this means writing about my honest inner feelings or other times it is crafting fictional stories Writing isn't enough. The most important thing for my emotional health is my family. In 2018, I vow to not neglect them.

I love my wife and children, even though on a daily basis I feel like my emotional anxiety and down in the gutter sadness stops me from properly showing that love to them. While I am pretty good at saying the words, 'I love you' and I spend a good amount of time with my kids and I am not stingy on physical affection, I do fail at planning family outings or showing much excitement for going out to social gatherings.

I have been labelled a curmudgeon, because in the last few years, I've done a great impersonation of a hermit. I not only do not initiate too many family events, but I've become skilled at finding ways to avoid them at times too. This isn't to say that I never go out, and actually, I would say I go out with the family a great deal (I've been trying harder to push myself in the last few months), but I am well aware it isn't as much as Emily would like. It also is often done with panic streaked across my face or a few days of grumbling.

I don't want to be this way. A few years ago, I would have called myself an extrovert and someone who was very social. I do have a great time at parties and enjoy having good conversations and playing games. I definitely love the excitement my kids conjure up when we go to special events or fun places like Canada's Wonderland or the fair. Often when we arrive to those places, I do have a fun time and I think I convey enough energy to make things fun for those around me.

The way I see social gatherings has changed drastically over the last few years. Especially over this last year where anxiety, sadness and self-doubt seem to have become a regular companion. As much as I really do not want it to be the reality, every time I know we are going to social gatherings, despite how much I love the people, I start to panic and dread it. I feel anxiety filling up my every pore, muscles begin to tighten up, breathing starts to accelerate, and my chest begins to feel like that scene from Alien. I am not even sure what it is that fills me with so much fear, because rarely do any of these gatherings end with a dragon attacks or a gremlin popping out of a couch cushion.

I usually end up enjoying myself. I also find that once we return home, I am completely exhausted. It usually means that even if we come home early, I end up crashing in bed rather than spending time with my wife after we put the kids to bed. I do not think it is an introvert things, but rather that my body is wiped out after the week long panic that I'll need to be friendly with people. A panic that I still believe is less to do with actual people but that the last year or more I just get overwhelmed by almost anything.

It has been tough on Emily, which is the hardest thing for me. I haven't spent the time that I should with her. The bigger point is it is hard for almost anyone to not take it personal when someone close to you doesn't want to go out or spend time with your family.  I love my wife's family, and I love my friends, but the fiery demons inside me tries to convince me otherwise. It has been hard to convince her that it has nothing to do with the people and all about the dark voices that rile up toxic feelings inside me.

Christmas this year was emotionally exhausting even though it wasn't that jam packed. We had two family Christmas gatherings, someone staying at our house for a few days, and Everett's birthday party, but my mind kept trying to convince me that I'd need the energy to construct a workable rocket ship from Popsicle sticks that I would then need to fly to the moon. A few good times with family was an insurmountable task.

Except it wasn't because here I am to tell the tale.

In the very near future, we will be sleeping over for two nights, and currently my inside feels like a bomb has been dropped over the prospect. Then we have a lunch with some relatives, and now I've been hit by a tsunami. The idea of being two days away from my house is terrifying and the prospect of spending a few hours with people that I rarely see is straight out of The Nightmare on Elm Street. On top of that, I've convinced myself that someone staying over is as horrible as allowing a Sasquatch to come to devour our children.

Except none of those things are scary or horrible.

I realize these are things all people do. Considering how much I end up backing out of things, it is probably much less than most people with families. We were initially supposed to be travelling for most of the Christmas holidays, but of course, I am now the reason that we are not.

Now, that 2018 has arrived, I really want this to be the year my wife and two children are well aware that I love them. I also want to spend more time with other family members and build up relationships with dear friends. I was once a person who would be considered very social, and I am convinced having healthy relationships again will make for a more successful writing career in 2018. The thing I fear is likely also the cure.

Most of all, I want 2018 to be the year that Emily, Everett and Danika know without a doubt that I love them.
Emotions Goals Musings My Life Resolution