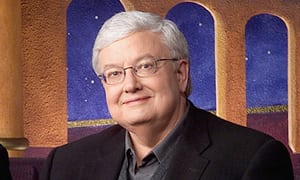 I mentioned yesterday that when it comes to reviewing that I do not judge all movies against each other. I have criteria and expectations depending the genre and style of movie, and to be honest, my expectations from particular filmmakers. When I gave two and a half stars to Blue Caprice then I wasn't saying that it was not as good as Sex Tape, which I gave three stars. What I was saying is that in the low bar of raunchy R-Rated comedies that Sex Tape made a recommendation, but that Blue Caprice in the world of much more competitive dark dramas exploring killers it just did not measure up to similar movies. This philosophy is something that I borrow from Roger Ebert, and he explains it well during a rant on this Siskel & Ebert episodes where he tries defending why he gave thumbs up to Benji the Hunted and not Full Metal Jacket.