January Defies Expectations of Being the Movie Dumping Ground Month 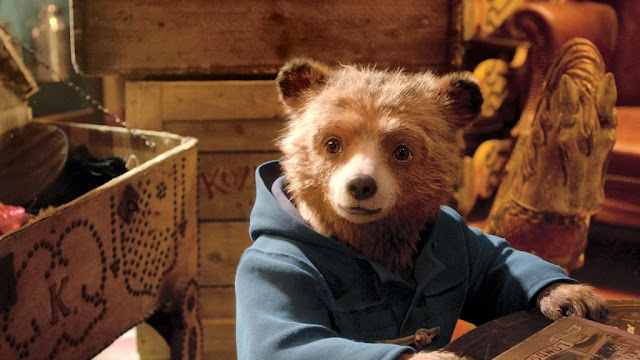 The long held belief of most movie critics and fans is that January is the month the big movie studios dump their trash. It is the month that has given us movies like Movie 43 and Resident Evil: The Final Chapter. I feel the reputation of January is unfair as it is also the month we tend to get some more ambitious genre movies that get passed up the rest of year. We've also been given notable movies like Split and Kung Fu Panda 3. Unfortunately, it is also the month that I most often get at least two or three candidates for my worst of the year. Except this year, where I did not have to suffer through a single disaster on the big screen.

We even got a contender for the best of the year already, and even if it doesn't make my top 10 of 2018, it will remain as one of the most uplifting, funny, cheerful and energetic movies of the year in Paddington 2. It is a great kick off to the year when you have a wonderful movie for the whole family and it makes you want to dance your way out of the theatre.

In a low expectation month, it is a win when you can recommend a second movie and 12 Strong is a formulaic but strongly directed and acted war action movie. Chris Hemsworth proves he is a true movie star and has a great performance, and he is able to bring the emotional punch with his strong relationships and chemistry with Michael Pena and Navid Negahban. It is a movie that celebrates its war heroes and doesn't dig into deeper themes like a Platoon or Apocalypse Now, but as an uplifting action movie it is a solid time.

I couldn't full on recommend the other theatrical release this past month, but they all did decent jobs within their genre. Lin Shaye is a powerful lead in Insidious: The Last Key and the picture works as a nice bit of closure for its fans. Den of Thieves and Maze Runner: The Death Cure are over long, dragged down by clichés, and not as poignant as they believe, but both has some great action sequences. If you want some more ridiculous but fun over-the-top action then you'll be satisfied with The Commuter.

Unfortunately, movie watching wasn't as pleasant on the laptop as all the Netflix Originals missed the mark this month. Part of the problem was I had really high expectations for movies like The Polka King and A Stupid and Futile Gesture, but neither reached their potential. There was also a movie that delved into the awful with the unscary and convoluted horror movie, The Open House. The best of the Netflix bunch in January ended up being the cliché comedy that heavily borrows from many early 2000 movies but at least had some charm in Step Sisters.

One other noteworthy movie was not an official 2018 release but went wide this month in the directorial debut for Aaron Sorkin, Molly's Game. The script sizzles with smart dialogue and the story is really elevated with a fantastic performance by Jessica Chastain.

As a helpful guide, here are the January 2018 movies I reviewed along with their star rating and a link to my reviews.

I also reviewed a few movies from previous years.