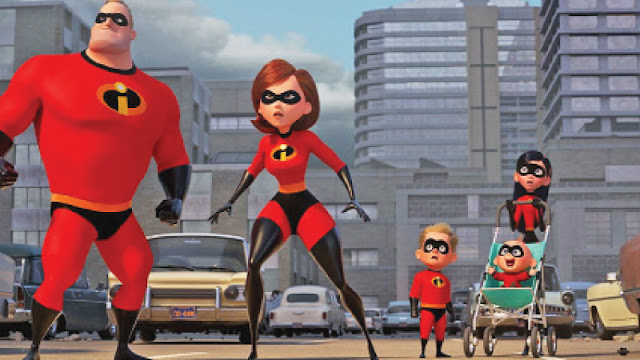 June is almost here and if it follows the lead of May, it could be a real hot one. The best way to solve that problem is to hang out in an air conditioned movie theatre with a bunch of sweaty strangers. There are some exciting big event movies coming out in June, but as always, there are some less than appetizing movies threatening to appear as well. Except to be honest, I haven't screened any of them at this point, so every movie has a chance to be a cinematic classic. Since every movies has a chance to be great. I'm going to only bestow positive comments while previewing all the wide releases and significant movies coming our way.

Action Point (Paramount): The movie about a should-be-condemned theme park that attracts crowds by being more dangerous and has a marketing campaign  promising to have real stunts, finally gives you an answer to your mom's recurring question at the dinner table, "What are those Jackass boys up to now?"

Adrift (STX Entertainment): For fans of Shailene Woodley, it is awesome to see her back in a movie that will likely require some of her strong dramatic chops. For those that dislike Woodley, they get to see her trapped in the middle of the ocean.

Upgrade (BH Tilt): Leigh Whannell has proven to be a very talented writer and director of genre fare and he teams up with Blumhouse again in this violent actioner about a paralyzed man (Logan Marshall Green) who is given a computer chip that not only gives him the ability to walk again but to seek revenge on those who murdered his wife. This is a perfect B-Movie action plot and I have a lot of faith in Whannell to deliver here.

American Animals (The Orchard): A darker and more dramatic Ocean's 11 except you replace the casino money with a rare book and the eleven expert thieves with four naive and stupid college students. The cast also has some great rising stars in Evan Peters (X-Men: Apocalypse), Barry Keoghan (Dunkirk), and Blake Jenner (The Edge of Seventeen).

Hereditary (A24): Every year there seems to be an independent horror movie that has a trailer where the plot is hard to decipher but is captivating due to having imagery that chills your bones. My bones are still frosty after the first time that I saw this movie's trailer on the big screen, and while I am not really sure what is going on, this movie looks to have nailed the creepy atmosphere and is boosted with a lead performance by the great Toni Collette.

Hotel Artemis (Global Road): A movie about a secret, members-only hospital for criminals definitely makes me think about the world of John Wick, but that is a pretty great world to draw inspiration. This also has the vibe of feeling more like a dark comedic drama with action moments rather than trying to catch the John Wick magic. Plus this is stacked with an intriguing cast that could really make this concept shine with standouts in Jodie Foster, Sterling K. Brown, Sofia Boutella, Dave Bautista (Guardian of the Galaxy and Blade Runner 2049 has won me over with him in supporting roles), Charlie Day, and Jeff Goldblum.

Ocean's 8 (Warner Bros.): A heist movie is a fun popcorn muncher when you've tired of the big CGI spectacles, or is just as fun when you aren't fatigued. This offers up a big event feel while being different than most of the other major releases of the summer. The cast alone should be a blast as we get to see Sandra Bullock, Cate Blanchett, Anne Hathaway, Mindy Kaling, Helena Bonham Carter and Sarah Paulson play off each other. This feels like a throwback movie, and I am excited to just spend some time with these stars having some fun.

Won't You Be My Neighbour? (Focus Features): If you were a child at some point from 1968 to 2001 then you probably have a soft spot for the legendary man of kindness, Mr. Rogers.

Superfly (Columbia/Sony): It isn't a remake of Weekend at Bernie's or Armageddon but rather a popular movie from a subgenre (blaxploitation) that no longer exists. It also takes the style and feel of the original movie but modernizes the story to apply to themes and issue that are relevant today. Basically, all the creative reasons one should do a remake.

Incredibles 2 (Disney/Pixar): The title sells itself. The original was an amazing send-up on the super hero subgenre before said subgenre was dominating pop culture. It isn't only one of my all-time favourite animated movies but easily one of my favourite movies. There are very few movies that I feel really need a sequel, but I've been eager to revisit this world ever since the first time that I saw the original in 2004.

Tag (Warner Bros.): Finally, my dream that the game that I played with my friends when I was four years old would be turned into a big movie event has been realized.

Loving Pablo (Universal): There has been a lot of movies and TV series about Pablo Escobar but this may be the first that focuses on the trials and tribulations of his lover, Virginia Vallejo (Penelope Cruz). Plus Javier Bardem is not immediately recognizable as Pablo and looks primed for another stand-out performance. The real-life married coupled seems to have a pretty hot chemistry together.

Under the Silver Lake (A24): David Robert Mitchell is a director who will always be on my "super-excited to see what he does next" list after his terrific It Follows. This time he is doing a movie about a stoner goes on a mind-tripping mystery where he uncovers clues to find a girl who has suddenly disappeared. I love Andrew Garfield's latest phase of tackling interesting but smaller movies and his talents makes any movie worth watching. Riley Keough is a rising star who has already impressed in movies like Mad Max: Fury Road, It Comes at Night, and Logan Lucky.

The Hustle (MGM): It is a gender-reversed remakes of 1988's Dirty Rotten Scoundrels that now stars Rebel Wilson and Anne Hathaway, and if that idea annoys you, then rest assured that the lack of a trailer means that we are just days away from the announcement that it is being moved to next January.

Sicario: Day of the Soldado (Sony/Columbia): Benicio Del Toro was incredible in the original and now, we get more of that incredibleness as he looks to be taking the lead role.

Uncle Drew (Lionsgate/Summit): Lil Rel Howery was hilarious in Get Out. Wow, Get Out was such a great movie, you should totally see it if you haven't yet.