The Breakdown of the Forgotbusters: 'Anaconda', 'Problem Child', 'Salt', and 'Wild Hogs' 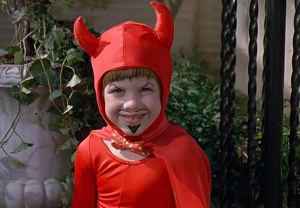 A pop culture writer who I am a huge fan of his work, Nathan Rabin, had a column called 'Forgotbusters' on the now defunct movie site The Dissolve (I could write a week's worth of articles on the heartbreak and impact of losing that incredible place). Rabin described Forgotbusters as movies that were one of the top 25 grossing pictures of their respective year but have since receded culturally. This could either mean that the film is no longer talked about in anyway or that the feelings are now much more negative rather than nostalgic. It is a pretty subjective distinction and Rabin was taken to task for some of his picks like Space Jam or Avatar. I find it to be such an intriguing idea looking at films that were once pop culture landmarks but have not endured and sometimes not endured as well as movies that made far less in the box office that same year.

This week we are doing the Breakdown of the Forgotbusters and will be reviewing four movies that were once hot but have since chilled. We've got a giant creature feature that also was one of Jennifer Lopez's first big starring roles in 1997's Anaconda. Then we go to 1990 where movies about precocious kids were all the rage, as we discuss the John Ritter starring Problem Child. Remember when every studio wanted their own Bourne Identity? One of those years would be 2010 and, how about one starring Angelina Jolie in the action thriller, Salt. Finally, it isn't Forgotbusters without a John Travolta flick and he brings along some friends in Tim Allen, Martin Lawrence and William H. Macy in Wild Hogs.

After the movie reviews, we look at the box office disappointment of Solo: A Star Wars Story and look at why this was the first Star Wars movie to flop at the box office. Then we discuss if this failure means that Disney needs to change their plans for Star Wars. As always, if you love the show then please pass on the word to other movie fans.

We apologize but there won't be any outline for The Movie Breakdown, due to the crazy mystery that the media player runs different times and so the timestamps have no value. If you know how to solve this problem then it would be greatly appreciated.

Question of the Week: What two stars who have never headlined in a movie together, would you love to see team up?