Calling All Film Critics: How Do You Review Movies? 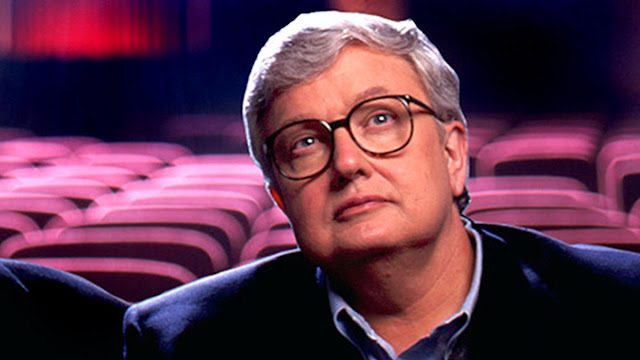 I started getting paid to write movie review in May of 2012. That summer, I also started professionally writing TV reviews, and then when 2013 showed up, I started The Movie Breakdown with Scott. In June of 2013, we turned the show into a multiple movie review format (our listeners from the very start may remember that for the first five months the show was devoted to a single movie). My point is that I would be watching a lot of shows and movies with the purpose of writing or recording a review.

For the TV shows, the agreement was that I'd have a review completed and ready to be posted within 90 minutes after it aired. Usually what I did was type a huge amount of point form notes while watching, start creating my slant during the commercial breaks, and then form it together as a full review after the show was done. I was not a fan of straight recaps and usually did more analytical and spoiler-filled review like pieces that didn't worry about nailing every plot point (my style was rare on the site that I wrote but many writers for other sites did do my style). I think that approach actually took me longer to write and usually it was proofread and edited and sent off with just seconds to spare before deadline. I also found that I had pages of notes to sift through and usually only used about 30% of what I wrote.

Since I don't go to press screenings, I never have taken a notebook when reviewing new releases. I fear it may be distracting to those around me who paid to see the movie. I will sometimes type some quick notes when I come home, especially if there is something noteworthy but I'm afraid I may miss it when I write the actual review. I usually like to sleep on what I've seen, so the review usually isn't written until the day after I watched the movie. I feel like a night's sleep and several hours between the movie gives me some time to digest what I saw and contemplate where I landed on it and get some time to marinate on what I thought were the themes and message.

For the first few years of The Movie Breakdown, I would type some note on my laptop when watching a movie at home for the podcast. Much like the movie reviews, I would compile pages of notes and usually only use a small amount of them for the podcast. I also found that typing down lots of notes stopped me from being able to fully engage with the movie. I had seen the movie but constantly writing notes didn't allow me to fully experience the movie. In the last few years, I've stopped typing notes, and instead after the movie, I put down a few quick thoughts that I want to make sure to discuss during the podcast.

My current way of reviewing is to not type any notes while watching but try to fully immerse myself as a viewer. Then occasionally, I will try to get a few quick thoughts and ideas down after. Then I either go off to bed or do something else, allowing some time for the movie to just sit in my head. If I do a TV review, I still write it right after as I feel they tend to not need as much time for reflection. The next day, I try to avoid any other review to not influence my opinion and stance, but do some research to learn about the production or any interesting facts about the movie (but from articles that are not reviews). Then I usually write a rough drafts, let that sit for a bit, edit it, and then publish. It is that review that I use for the basis of the discussion on The Movie Breakdown, and if I don't write a review, I'll have a few bullet points for the show.

I find this is what works best for me. I also know that after five years, I have adapted and changed how I review movies. I am interested what other movie reviewers do in their process. I get the impression many take lots of notes, and I am curious if they find it takes them out of the experience. Also just wonder how you jot down great notes in a very dark room.

In a hope to start some conversation on here, how do you review movies? Has it changed over time?

Since I have your attention. I also noticed what is a recommendable movie has changed for me. When I first started, I think I was really picky and hard on movies, because I wanted to not be perceived as a pushover and have a strong reputation. I also was always very aware of Rotten Tomatoes and how other critics perceived a movie.

When the podcast started, Scott and I agreed that three out of four stars and up was considered a recommendation (following the Siskel & Ebert approach). Because of that, I started awarding more three stars to stuff that I was a bit on the fence over. I also started getting more confident in my opinions and worried a lot less about the consensus.

Then as the years went on and I started seeing hundreds and hundreds of movies, I believe I have become a little more choosy about what gets three stars, and stuff that I liked but found generic or messy would usually now get 2 and half (sort of the idea that fans of the genre should check it out but others can live with skipping it). I feel I am more forgiving to movies that are very ambitious or go against formula, so it may be a convoluted mess but I was entertained by taking risks. I've also come to terms with the fact that a movie that I give three stars to on a Monday, may end up with a two and a half if I rewatched it on the Wednesday. I've learned a movie can change and evolve on repeat viewings, and that is why my Best of the Year lists often have movies that are higher or lower on the list then there were when I made my mid-year list.

So, my next question is how has the way you perceive or enjoy a movie changed over the years as a movie reviewer/critic? Do you feel you have become pickier or easier on movies?

And if you're not one who write movie reviews, you can play too and just let me know how your movie tastes have changed over the years.
Movies Questions Review Writing