Answering the Never Asked Question: How Many Theme Episodes a Year Does 'The Movie Breakdown' Have? 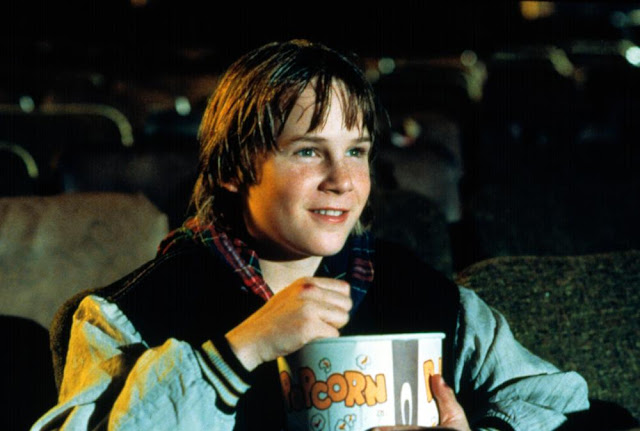 I announced on this week's episode of The Movie Breakdown that my intention going forward is to review every new release that makes it way to the Brantford Galaxy Cinemas. One of the things that I mentioned on the show was my hope that we could still maintain the occasional theme episode even though we could have around 30 extra theatrical movies a year that would be reviewed on the show.

As it is, a typical episode goes about 90 minutes with five movie reviews (and an occasional topic discussion replacing a review) and I really wouldn't want to increase that length (I'd rather get it down to be a tad shorter). This means that I would want only a few episodes a year where we have to review more than five movies. We would also need to get much better at rushing through those movies that don't warrant a lengthy discussion (I confess that I can go long on most of my reviews before the discussion starts).

The other issue is that our current situation of Scott living with the moose is that he isn't catching the latest theatrical movies most weeks. I really don't want to be doing more than three 'solo reviews' an episode, and I would prefer just two when we can get away with it. The show is much better when most of the movies we are discussing have been seen by both of us. This is why we try to review so many Netflix Original movies, so we are debating current releases even if they aren't theatrical. This also means that it doesn't really work to review five new theatrical releases in one episode, and cramming in a Netflix Original movie will cause some backlog during the busy movie months.

My point that I'm trying to make is that "theme' episodes may start becoming a rare breed and only be able to be done during those rare times when a weekend is barren of new theatrical releases or out of necessity because one of us is away for the weekend/week/month.

Before I started to mourn that the theme episodes where going to become extinct, I was curious to see how many of those episodes a year that we actually do.

Here is a year to year look at the number of theme episodes we have had each year:

Some of those numbers are pretty misleading. Let me explain why each year had the number of theme episodes that they did.

We didn't start the review several movies an episode format until June of 2013. Prior to that, we did entire episodes devoted to analyzing one specific movie. The idea of theme episodes did not come about until the format change in June. We also went on a hiatus in November and December. If you look at all those factors, within the time period we were recording our now traditional five to four movie review format, there was a really high level of theme episodes in 2013.We were doing more than a theme episode a month, so it is very likely we would have had a few more in the last two months.

2014 was our first year where we did the traditional several movie reviews an episode format from the start of the year to the end of the year. We also did a very extensive amount of those theme episodes at the start of the year and in the fall. I think, both Scott and I had some extenuating circumstances at the time that stopped us from being able to review current movies regularly during that time, so we did a lot of theme episodes to keep the show going. Even then, we still had a hiatus from March to the start of May, and a brief one at the end of August, so again there is potential there could have been even more theme episodes then we had.

2015 is really misleading with its number as well, because from January to mid-September, we changed the format of the show to where it was more freestyling on topics and we sometimes reviewed movies too. Since it was just a talk about whatever format during that time, we didn't have any formal theme episodes, so I didn't count anything during that time except the Best of the Mid-Year show. Yet somehow, we still got 5 theme episodes in from mid- September to the end of the year, so again, a pretty high volume considering the time span.

2016 is a year with no significant hiatuses (a brief one at the end of the year when Scott moved) and we kept the traditional several movie review format going the entire year. It is clear at this point we were going to the movie theatre a lot more, because we could consider this the first full year of the format with no breaks, and we only had room for 10 theme episodes. I also think this was the first year we started having a host review a movie that the other did not see, so a lot more theatrical movies were covered and there was less room to do the theme shows.

2017 was another year with no significant hiatus (I think a technical issue meant we may have missed one or two weeks) and we maintained the traditional format. We had one more theme episode than the previous year, and that is likely due to the fact that we had to do four theme shows during the summer because I took a big trip out east with the family, and couldn't record episodes for almost a month (so we did four pre-recorded shows, which meant they had to be theme shows since we couldn't review new theatrical releases).

2018 already has 10 theme episodes with still a little over three months to go. I was actually shocked by that, because typically the start of December is barren at the theatres, so we do two of our theme episodes during that time. Though with me now reviewing every new theatrical release coming to my fair city, it is less likely we would ever do back to back theme shows again (outside of the year end) unless out of necessity because one of us is away.

If the Sinemia plan lasts and I am able to review every theatrical release that comes to Brantford in 2019, it will be interesting to see if there will be a huge dip in theme episodes. I would like it if 10 or so theme episodes remains the average. Partly because it changes things up once in a while to have a show that digs deep into a specific theme, but it also gives us a bit of a break to not be under pressure to get fives movies watched and reviewed for a week.

Anyway, I am well away that these stats are likely only interesting to me, but it gives a little insight into how the show has been run for those that get giggles from that.

I really look forward to seeing how The Movie Breakdown and my movie reviews evolve over the next few months and years. I really appreciate all those that listen to the show and read my writings. I look forward to being able to offer even more reviews in the coming months.
Blog Breakdown Movies Musings Stats