Back to School: Grade 2 Edition 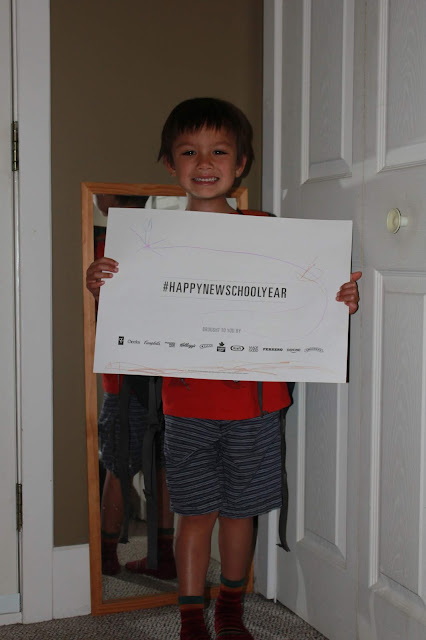 In earth-shattering news, for the fourth year in a row, Everett is off to school. This time around, he is joining the prestigious ranks of Grade 2. As an emotion-laden and over thinking father, this is always a time that I get nostalgic and fight the bewilderment over how fast my children are growing up on me. 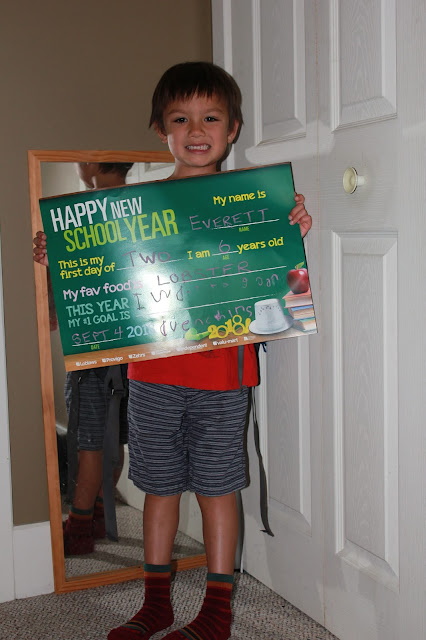 Four years ago at this time, Everett was still three and filled with equal amounts of nervousness and excitement over this newfangled thing called school. He had never done daycare and I work from home, so spending a day away from me and meeting a gang of new kids was adventurous yet terrifying. I am just not sure if it was more for him or me. He would come home from school filled with stories about new games in Phys.Ed or exciting treasures in the playground toy shed or what he discovered in that afternoon's science experiment, so it was obvious he was loving school (telling me anything about school turned out to be a JK novelty). I also for the first two months got almost daily notes about how Everett was sad and missing his parents, and almost every morning, we crossed an invisible line where he started crying and pushing to get away from school. 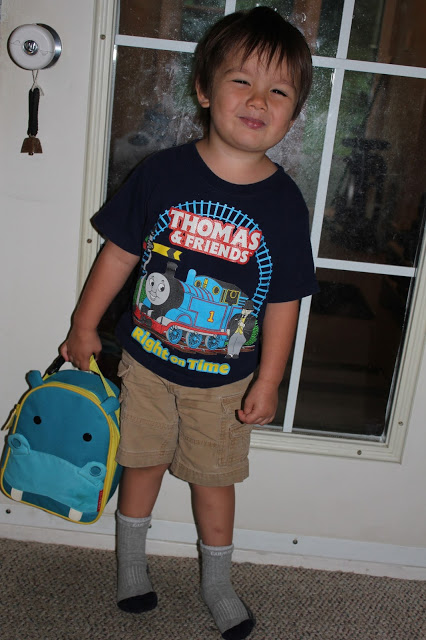 I'm glad the days of tears and missing daddy are over. Over the last four years, I have seen Everett's confidence in his ability and in himself really grow. He has become a hungry reader, who now hunts down chapter books. He has proven to really think and analyze the things that he has read. His imagination has blossomed and apparently creates adventures with his friends during recess (much like someone else I know). Math has become one of his favourite subjects and he has demonstrated an incredible skill at patterning and analytical thinking. He has some really close friends now and has a strong idea of the type of people he wants as friends. He took a lot of pride last year in becoming the class computer expert where he often helped out other kids if there was computer issues to the point that the teacher often asked student to go find him. Now, when we go to school he'll give me a quick 'bye daddy' and run off to find his friends. I'm proud of him, but there is a small part of me that misses those moments when he clung close to me. 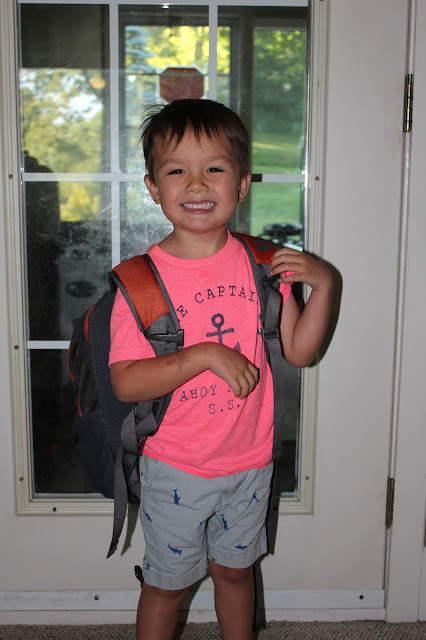 I look back at pictures of his first school year, and realize how much he has really grown up. The baby cheeks of the three year old are long gone. He has become far more independent and is happy to give his opinions on anything. Half the time he seems more interested in teaching me things or letting me know how I am wrong. 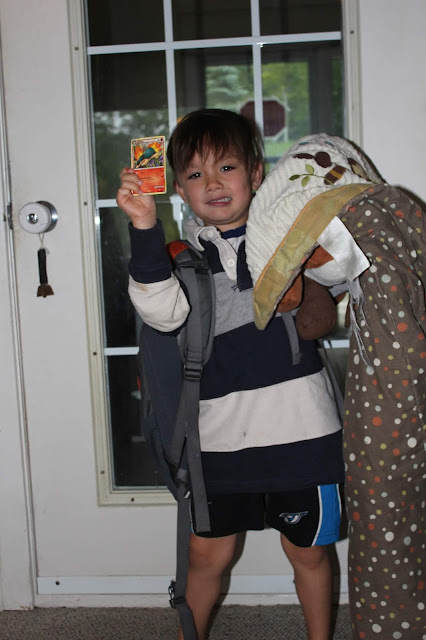 Today he ran ahead before we even got to the school property. I had to track him down and he was already deep in play with his best friends. I am not sure if he would have even said good-bye to me if I didn't initiate it. At least, he allowed me to hug and kiss him in public, and I am not confident I will still get that by the end of the year. I am glad and proud he is growing up to be such a confident boy that enjoy school, but sometimes I wouldn't mind it if he slowed down a bit too. 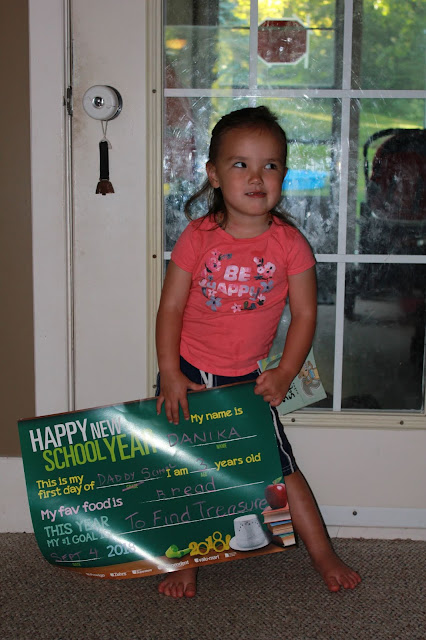 Danika has already told me about five hundred times that she is ready for school. She really is completely ready, except for that little issue of not being old enough. Unlike Everett, who went into school at three years old because his birthday is on Boxing Day (December 26), Danika will end up being one of the older kids in her class next year. I assume the quick good-bye and runaway will come much faster with her. 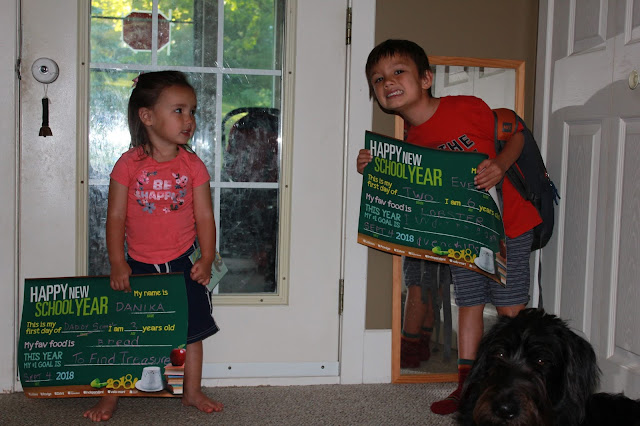 We ended up getting these large cards from Zehrs for kids returning to school. They are holding them in the above photos, but not sure if you can read them.

Everett's says: My name is Everett. This is my first day of Grade Two. I am 6 years old. My favourite food is lobster. This year my #1 goal is to go on adventures. /

Danika's says: My name is Danika. This is my first day of Daddy School. I am 3 years old. My favourite food is bread. This year my #1 goal is to find treasure. 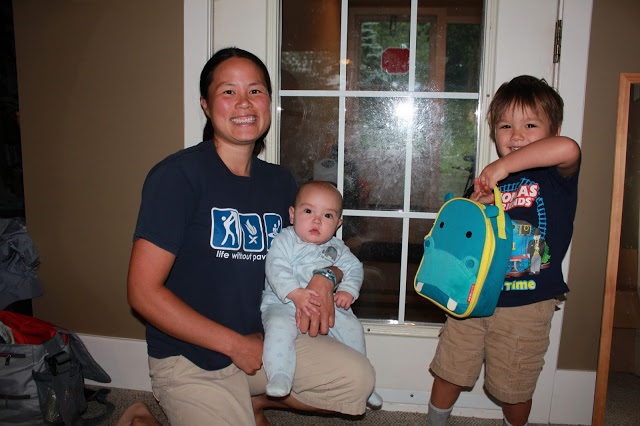 From the goals, you can get a good idea of the type of kids that I have. I must say as much as they are growing up on me, I love to see they become so imaginative and creative as they get older. Now, if only if one of them can invent a machine that stops time . . . just for a bit. 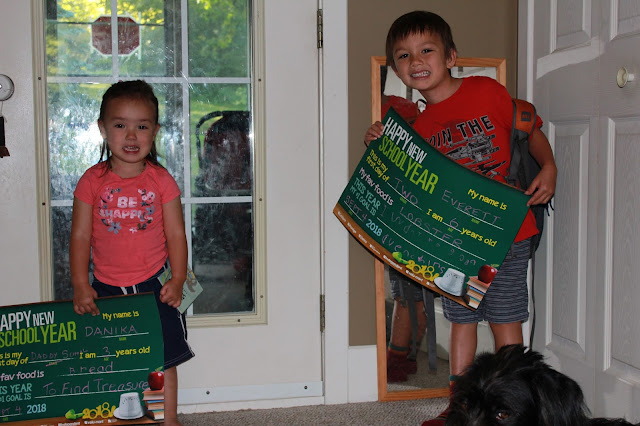