'Captain Marvel' Trailer Reveals One of the Biggest Hits of 2019 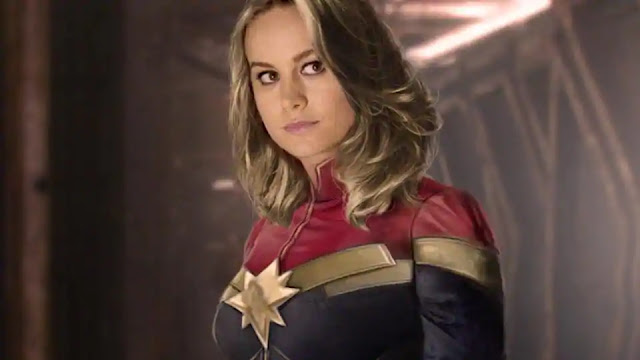 Captain Marvel is a big deal. It is the first Marvel Studios movie to have a female in an unshared title role. As Black Panther proved last year, Marvel movies can be a major box office success even when the lead is not a white male.

On top of that, the mid-credit stinger during Avengers: Infinity War heavily hinted that Captain Marvel will play a major role in the next Avengers and likely, Captain Marvel should directly lead us right into Avengers: Dust in the Wind. Kevin Feige has promised that this isn't an origin story, so even though it is set mostly in 1990, my guess is some events will impact what happens in Avenger: Finger Snap of Doom.

Even if this turns out to be an elaborate origin story and any ties to Avengers: Thanos Needs a Happy Meal is saved for the stinger, there looks to be a lot of fun to be had here.

It is awesome to see Brie Larson getting a major role like this and she instantly looks like a superstar. The special effects look spectacular from the big flashy stuff to smaller things like de-aging Samuel L. Jackson. I'm always a sucker for pop culture artifacts, so I love that she landed in a Blockbuster as a way to establish it is the 1990s. I'm always a sucker for some time travelling or time looping or any kind of playing with time, which I think is happening in this movie. I also like the little hints of mystery with Carol Danvers (Brie Larson) trying to figure out what her past life on earth was like. It looks like this will deliver on the action but also have a complex story too.

My guess is that Jude Law is the villain. I realize he played the villain in King Arthur: Legend of the Sword, but my guess is he will be a hundred time more awesome here. We also look to be getting Lee Pace returning as Ronan so we may get a Guardians of the Galaxy connection. Ben Mendelsohn is in the cast where he will likely be slimy and evil as well.

The trailer isn't much more than a special effects reel with a little teasing of the plot. I can't really tell much on what happens in this movie other than Nick Fury tries to recruit Danvers and she tries to figure out her past life. And she punches an old woman. I know that too.