Was 'Hot Shots! Part Deux' the Beginning of the End? 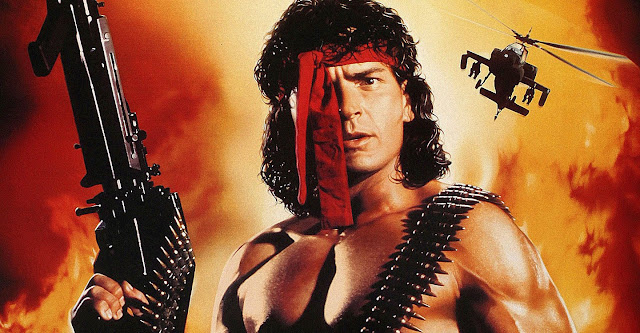 My The Movie Breakdown co-host was down this weekend, so we could watch his most anticipated movie of the year, The Predators, together and record this week's episode in-person. In what I am assuming isn't too surprising to anyone who reads this site or listens to our podcast, the conversations inevitably came back to movies. What may be a little more unexpected, we for some reason got talking about 1991 slapstick and parody movie, Hot Shots! and as someone who has grown to have a lot of disdain for the movie parody subgenre of comedy, I questioned if it would still hold up today. Scott wanted to believe that it would, and I conceded that my memory was telling me that both Gene Siskel and Roger Ebert liked it. Scott then retorted that he doesn't think they were as fond of the sequel and I agreed with him.

I now have video evidence that we were both wrong and Hot Shots! Part Deux did get the 'Two Thumbs Up!' treatment.

I will always love the reviews where Siskel and Ebert rage on each other for conflicting views but there is value in the ones where they are on the same page as well. I think this review is rather interesting because it tears down the notion of the high-minded and nose in the air critic who only recommends the high-brow. No matter where you stand on this sequel, it is quite silly and will go for some 'easy gags', yet both respected critics recommend it because they admit to laughing at it.

I've always loved both these critics because they have never been ashamed of what they like and then articulating why they like it. They will praise movies even if every other critic derided it (they are the only two critics on Rotten Tomatoes to recommend Speed 2: Cruise Control).In this case, Hot Shots Part Deux just falls into the rotten category, but these two critics could care less.

I also find it interesting that Ebert recommends the movie but also predicts that the movie parody genre may be coming to an end in regards of producing enjoyable and funny movies. As a teenager that had to endure his groups of friends renting every new Leslie Nielsen comedy at the time, I will confirm Ebert was right. The subgenre lost its way and just became a series of redoing famous scenes with some low-brow humour thrown in. The joke was often you were seeing an iconic scene being done or referenced. I can accept that the first Scary Movie has its merit, but after that, was there any movie parody picture that is even watchable?

Despite the two glowing thumbs, I am still nervous about revisiting this movie that I remember enjoying in the theatres as a teenager. Of all genres, I feel comedy and especially, this type of comedy ages the worst.
Gene Siskel Hot Shots! Part Deux Movies Roger Ebert Siskel & Ebert Video