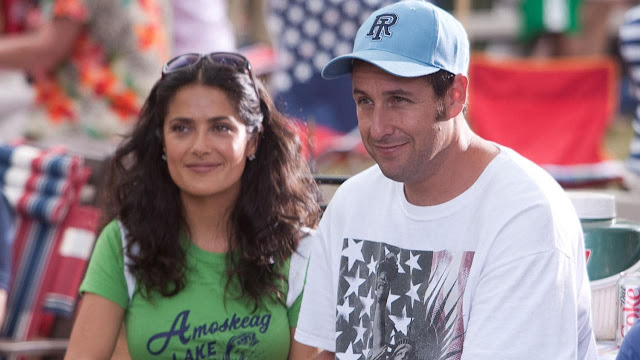 As I've said for the last five years, there is nothing objective about reviewing movies. The movie review is always and has always been the sole opinion of the person writing or saying it. A movie critic who watches over 200 movies a year and is watching each of those movie with an analytical eyes, should be able to articulate and delve into what makes a particular movie work. A movie review has value when expressed by someone who explains the craft and themes and techniques used that elevated or derailed a picture. As a person who writes reviews and co-hosts a movie review podcast, I obviously think there is a lot worth in critiquing and analyzing art (in this case movies). Movie reviews are important.

But they are still just one person's opinion. This is why I think the Siskel & Ebert format works well (which is why Scott and I borrowed it for The Movie Breakdown podcast), because it is two informed and smart critics putting their two views on a film together for debate and analysis.

If you listen to The Movie Breakdown podcast, you will see that more often than not, Scott and I largely agree on a movie. We have our disagreements like The Predator or Lucy, but often we agree on what works or doesn't. If you look at Rotten Tomatoes, it is clear that for a large portion of the movies, the majority of critics come together with similar opinions on each movie, which is why you'll often see most new releases either have a really high or really low score.

But it is all just opinions. Opinions that can shift depending on the reviewer's mood or the environment the person saw the movie in or who the viewer saw the movie with or how the movie may relate to the viewer's current life. Here is the big kicker, even with professional critics the views of a movie can change over time. Roger Ebert initially gave Unforgiven a two and half star rating, which by his criteria means that he didn't even recommend it. Several years later, he put it in his Great Movie series and bestowed it four stars. The movie was the same both times that he would have watched it, because something in Ebert shifted on his next viewing. Though I would argue that both his reviews have value even if there is a drastic change in how he saw it.

One of the reasons that I love Roger Ebert was that he wasn't afraid to have different views than the consensus. He like Paul Blart Mall Cop and hated Kick-Ass. He also was open to changing his opinions on movies like Blade Runner.

It is with the knowledge that views can shift on a second or third or tenth viewing that I take as solace, I've recently found myself going against the consensus. A movie that has garnered great praise from most critics is one that I cannot recommend and found myself greatly disappointed. It was good enough that I am open to revisit it and feel like my views could drastically improve. Maybe this time my opinion was soured by the people behind me that thought their conversational voices were a whisper and kept them up the entire run time.

Every critic ever has had their moment when they disliked a movie that almost everyone else praised and loved. It comes with being people with their own opinions and views. Sometimes, they revisit the movie and realise that they like it more and other times they never can see what everyone else does.

One thing that I know for sure, is that every review has value and insight. If a critic pans a movie but then several years later writes glowing review for the same movie, both those reviews have worth. They are both a capsule of that moment in time. If the critic is being honest, then both reviews have a worth in dissecting and analyzing that film. Each hold an unshakable truth even with different conclusions.

This is why I don't like the contrarian label. For the most part, I think critics are honest in how they view a film and aren't trying to go against the crowd. It is just inevitable that it will happen sometimes.

In my case, I was utterly bummed that a movie that I was hotly anticipating and had great buzz did not work for me. I hate it when I am not a fan of a film that everyone else is praising. There isn't any joy in panning movies, especially a movie that most feel has great artistic value. A writer is at their best when they are honest, and a review has no worth if the reviewer isn't sharing their true experience.

This is why I get much more joy from when I recommend a movie that the crowd pans. A film that I can challenge isn't as bad as believed and does have worth. I have had much more joy this year going against the grain in recommending A Wrinkle in Time  and Red Sparrow than I do not recommending Halloween. I liked last year being able to declare that Valerian and the City with a Thousand Planets is actually a really fun science fiction adventure. Both Scott and I had a lot of joy admitting we laughed and had a good time with Hangover Part 3.

I can't speak for other critics, but I assume most get a lot more pleasure championing the underdog movie than trashing a highly regarded picture. I have never really seen why people really liked Gladiator, but I'm happier to admit that I have a soft spot for Last Action Hero.

A great movie review is one that is honest and the true views of the reviewers, even if it is one that is incredibly different than almost every other reviewer. But the real fun is when you can champion a movie that is on someone else's worst of the year, and you can say, 'no, this movie deserves another chance.' Maybe one day that other critic will revisit and see that they do like it just a little bit more.
Musings Reviews Writing