Looking Back and Looking Forward at the 2018 Movie Year 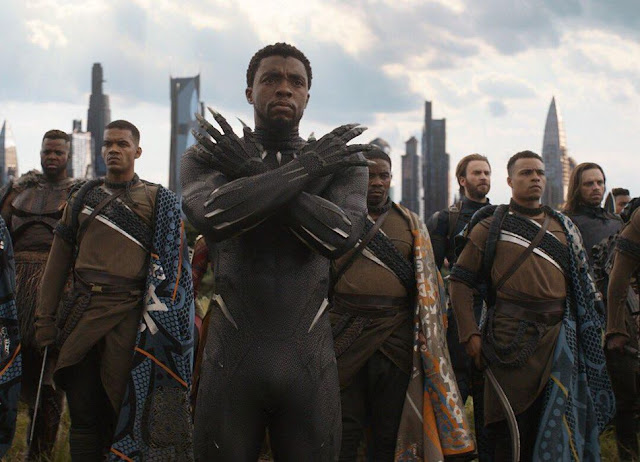 We may only have three months left in the year, but when it comes to movies, this would be considered the start of the second half. These last three months are when the big studios start releasing their award hopefuls and a good portion of the movies are geared more to adults. This is the time when the majority of critics' eventual best of the year movies are released and we get more complex pictures that challenge the viewer. This of the course doesn't mean the last nine months have been a waste and there is a good chance that I've already seen my favourite movie of 2018.

2018 has been an interesting year so far. Last year was one that I considered a really good year for movies with high quality, character-driven horror features like Get Out and It; rejuvenation of the romantic comedy genre in The Big Sick; top level science fiction adventures in Star Wars: The Last Jedi and Blade Runner 2049; incredible, thoughtful artistic movies like mother! and The Shape of Water; and beautiful animated features like Coco. Yes, I am missing twenty more movies worth praising from last year. 2018 has also delivered a lot of great pictures, but for long stretches it has felt flat or disappointing.

You can't call 2018 a bad movie year when we've got great mainstream movies like Black Panther, Love, Simon, and A Quiet Place. All three are straight-up crowd-pleasers that deliver goods for their specific genre but also deftly explore real social themes and messages that help elevate the story. They are also are showcases for talented directors (Ryan Coogler, Greg Berlanti, John Krasisnki) that have a style and grace that demonstrate the best of their style of movie.

Then you have smaller independent type films that gained a strong enough following that they expanded to Brantford in movies like Hereditary and Searching. These were movies that had interesting stories but had a bold form of filmmaking and style that were seamlessly integrated into the storytelling. The type of movies that may inspire studios to make similar movies, but will likely never be able to replicate the same experience on the big screen.

Netflix even got some movies right, especially when it came to solid romantic comedies in To All the Boys I've Loved Before, Set It Up, and Sierra Burgess is a Loser.

I have had my fair share of being able to gush about movies. I was really happy that Marvel delivered again with both Avengers: Infinity War and Ant Man and the Wasp being fun and surprisingly emotional movies (I already mentioned Marvel's very best of the year, Black Panther). We got some really great sequels in Incredibles 2, Deadpool 2, Paddington 2, and Mission Impossible - Fallout. Steven Spielberg shows why he is still one of the best at doing heartwarming and fun adventure movies in Ready Player One. There were actually comedies that made me laugh this year with Game Night and Blockers. 2018 was a year that knew how to entertain.

Yet, I have a hard time calling it a great movie year. There hasn't been a lot of horrible theatrical movies (Netflix delivered the most stinkers - ugh, The Open House), but I had a few painful theatrical experiences (looking at you Truth or Dare and The 15:17 to Paris). There has been plenty more movies that turned out to be big disappointments like Jurassic World: Fallen Kingdom or The Predator rather than outright bad pictures.

The big thing that I noticed is that I ended up recommending a lot less movies this year. I have a decent amount of four star and three and half star movies (maybe a little less than past years), but this has to be the smallest amount of three star movies that I've had since I started writing about movies back in 2012. I consider three star my recommendation point, so that means I've had a lot more near misses as the majority of my movies this year landed at two and half stars. These are not bad movies but not movies that I can full on endorse either. These tend to be movies that have a lot that I liked but didn't come together as a fully recommendable movie.

I am not sure if this means that more movies missed the mark this year than others or that I've suddenly become pickier. Is my two and half stars in 2018 what would have been my bottom of the list three stars in other years? Three stars every other year has been my most plentiful rating for movies that I've reviewed, but this year it is much smaller and below my two star movies and my two and half star movies. Is this year just not delivering as many good movies or am I just getting crustier the longer that I play the critic game? The only way to know is revisiting my three star movies from previous years and see where I land on them now.

2018 still has a strong chance of being a great movie year. The last three months tend to be when the real quality start marching out and there are several movies that I am highly anticipating.

The first real big contender for Oscar glory and a spot on my best of 2018 (so even more glory?) is this weekend's opener A Star is Born. This has lots of festival praise, is a classic story, and has the added bonus of likely having a great soundtrack (something that often gets forgotten when talking about what makes a great movie). Then I only have to wait a week later for one of my favourite directors, Damien Chazelle and one of the best actors going in Ryan Gosling, to serve up the very anticipated First Man. Speaking of a movie that has earned some festival buzz, I am very excited to see the latest Halloween that promises to be more than just a slasher.

It may not have festival buzz but Bad Times at the El Royale looks kind of insane and different, and not something you'd normally get on wide release, so that is enough to be excited. It has had some production issues, including an MIA director, but I still am very interested in seeing Bohemian Rhapsody -- another movie that should have a great soundtrack. There are two exciting looking thrillers that are also tackling some current social issues that also have great directors in Fede Alvarez's (an emerging great genre director) The Girl in the Spider's Web and Steve McQueen (his first since 12 Years a Slave) in Widows.

If big mainstream entertainment is your thing then we still have some exciting typical blockbusters like Ralph Breaks the Internet, Spider-Man: Into the Spider-Verse, and Aquaman.

Then there are the movies that may not make it to Brantford this year but could get a roll-out in January that are worth noting. The very talented Saoirse Ronan and Margot Robbie get to star in an epic period piece drama in Mary Queen of Scots. There are some really interesting independent thrillers from fascinating directors like David Robert Mitchell's Under the Silver Lake and Karyn Kusama's Destroyer. Then some interesting Oscar contenders with even more interesting filmmakers like Robert Zemeckis' Welcome to Marwen, Joel Edgerton's Boy Erased, Mimi Leder's On the Basis of Sex, Peter Farrelly's Green Book and Jason Reitman's The Front Runner. Even Netflix has something I really want to see in the critically revered movie by Alfonso Cuaron in Roma.

For now, I will say that 2018 has given me a lot to praise. It has even given me more that I am willing or wanting to revisit before the end of the year. The next few months have enough to give me lots of hope that by the end, I will be calling it one of the great years for movies.
Movies Musings