When Did You Go Against the Crowd? 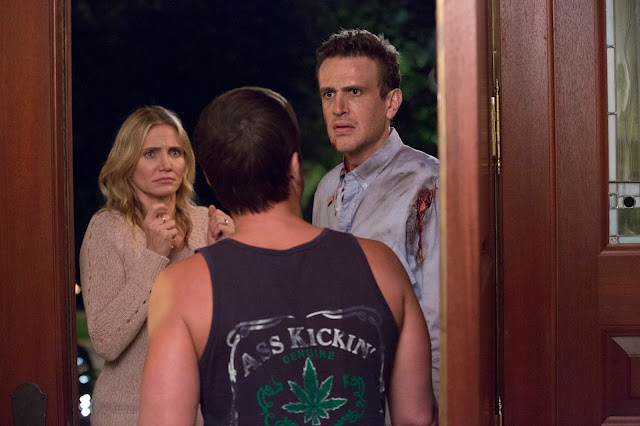 Yesterday, I wrote about how heartbreaking it can be for a reviewer to dislike a movie that the consensus is raving about. My point was to show that rarely is the dissenter someone that is trying to stand-out or be a contrarian but rather a crushed movie fan. On the other hand, I take great joy in discovering a shiny gem of a movie when everyone else declared it was trash. I love being able to champion something to a point where someone may take a gamble on it or be willing to give it a second chance.

Roger Ebert is one of my favourite critics that often went against the crowd. He always came from an honest place and was able to eloquently articulate why he saw a movie differently than everyone else. I completely disagree with his thumbs down on classic movies like Full Metal Jacket or Blue Velvet or his praise of stuff like Cop and a Half and Zookeeper, but I respect he dared to give his honest opinion. He liked what he liked.

I mentioned yesterday how I've not been a fan of Academy Award Winning Best Picture, Gladiator. Other major examples of movies that the majority loved that I could not connect with were Smallfoot, Prisoners, American Made, Kong: Skull Island, Blue Caprice, Fury, Eddie the Eagle, Black Mass, and plenty more. Though the biggest bummer was this weekend's Halloween that I am holding to the hope that it just needs a rewatching to shift my mind.

The more fun stuff is loving something that other people don't. The stuff you can champion to give a second or third chance. The significant movies that I enjoyed that others panned have been Hangover Part III, The Lone Ranger, Sex Tape, Annie, The Giver, A Wrinkle in Time, Red Sparrow, Passengers, Snatched, Speed Racer, The Hitman's Bodyguard, and many others.

But enough about my views. You can listen to tons of podcasts and read many reviews to see where I go against the grain.