Best Movie vs. Favourite Movie: Is There a Difference? 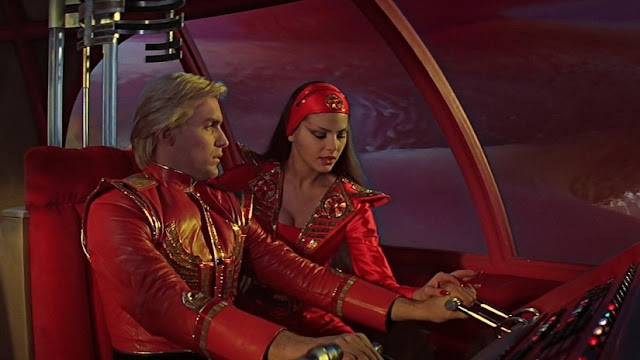 It is the time of year that the studios start releasing their big Oscar hopefuls. It is also around this time that film reviewers and critics start reflecting on all the movies that they've seen in preparation for their annual top ten movies lists. Most of those movies are still to be seen, unless the critic hit most of the festivals. Many of the lists tend to skew heavy with movies released in the last two months, though they are some critics that prefer to scatter then with the big summer adventures. No matter who makes the lists, they tend to stir a lot of comments from readers complaining how wrong the critic was to leave off a certain movie or to rank another so high.

In a vain attempt to stop these comments, the list maker will often inform their reader or listener or viewer that the lists are subjective. Just like I've written a thousand times on here, all movie reviews or even any critiquing on art is subjective and just the view of the person who is declaring it. Often the reviewer will mention how star ratings don't matter for lists and sometimes a movie that got a lower score will rank higher than a movie that scored better in their initial reviews. The reason is often because the person rewatched the movies and their opinions were altered or one movie turned out to age better in the person's mind. A movie that didn't leave much of an impression at first can continue to haunt the reviewer for the remainder of the year. Opinions can change and sometimes a movie becomes gold on that second or third rewatching (Get Out got better and better each time that I revisited it, which is why it ended up ranking higher at the end of the year compared to the mid-year).

Some reviewers and critics will start their lists by saying that the movie may not necessarily be the best movies but rather their favourite movies. I have also seen some critics and reviewers rebrand their list to Favourite Movies of the Year rather than Best of the Year.

When looking at something subjective like art and in this case specifically movies, I don't believe there is any difference between best and favourite. The best movies for a specific person happens to also be their favourite movies. When I list my Best Movies of 2018, I will also be listing my favourite movies, and I am well aware that my list will be different than every other critic. If that wasn't the case and the best movies of 2018 was objective and provable then there would be no point of Scott and I having separate lists for our end of the year shows.

Now, you can determine what is great cinematography or a great acting performance or even a well-written script, but as a whole a package, it is much harder deciding what is the best movie. You can even admit a movie is well-directed or have amazing acting, but it still did not resonate with you. If a well-made movie falls flat or doesn't connect, then you're not going to call it one of the best of the year. The best movies for a person is one that emotionally connects with them and affects them in a deep way that they are still thinking about it days later. One person's best can be another person's slog.

This also comes with star ratings. If I give four stars to a movie, I am not saying it has perfect cinematography or the best acting but rather the movie that left an unshakeable impact on me. It was movie that I loved and is one of the best. The criteria can and does change from movie to movie. There is no formula that makes a movie get four stars and land on a best of the year. It just does, and as a reviewer, it is my job to try to communicate the journey to how it got there for me personally.

This is also why I hate labels like 'guilty pleasure' or 'so bad that it is good', because they just come off as someone embarrassed that they liked something that others have deemed garbage. For me, if you like it then you like it. If you want to rewatch it, then it has some type of value. It is the job of the critic to figure out why a movie worked. I stand by liking The Lone Ranger or Valerian and the City of a Thousand Planets even when no one else seemed to agree. I am not feeling guilty about it though.

Now, favourite does not have to mean fun or enjoyable. I have connected with movies that are dark or even depressing, but they've spoke to me in some way and have made a deep connection. Usually movies like that have challenged me or given me new perspective, and for those reasons, I feel they are one of the best movies. Movies like mother!, 13th, The Revenant, Under the Skin, or 12 Years a Slave were not feel-good movies, but they were powerful movies that left a mark on me and I thought were important. I am glad I have seen each of them and still think about them often, which is why all of them made my Best of the Year lists from their respective years.

When my best of the year list arrive for 2018, realize that what I am saying is that these are my favourite movies, but also, that they are favourites because I think they are the best for what I want out of a movie.
Movies Musings