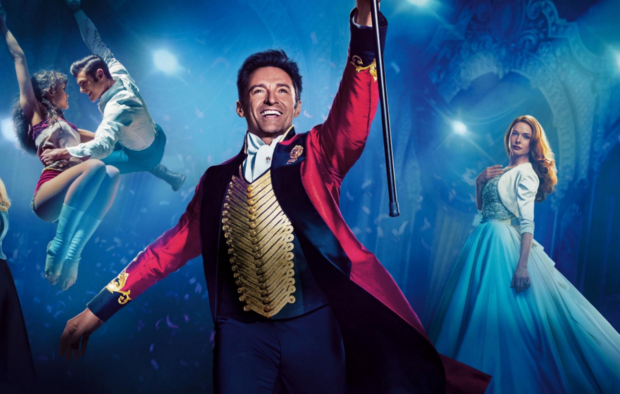 Apparently, there was a significant amount of buzz on social media this week over Hugh Jackman potentially announcing he was returning to his most famous role, Wolverine. A few days ago, Jackman promised a huge surprise on this morning's Today show, and many jumped to the conclusion that huge announcement had to mean the return of his famous superhero, because comic books movies is all anyone could possibly want to talk about, right?

This assumptions was made by many despite the fact that on several occasions that Jackman has sworn he was done with Wolverine, Disney not owning the property yet means such a big deal would likely be held off, if Fox was greenlighting a new Wolverine before acquisition then they would have promoted the appearance too, and the biggest one, didn't people see the ending of Logan?

Then Jackman announced a one man arena touring musical show called "The Man. The Music. The Show' where he will be performing songs from The Greatest Showman on Earth, Les Miserables, and other musicals.

I haven't bothered checking out the Twitter or Facebook, so I don't know if the pitchforks are being sharpened over that reveal. I assume this was not the project that many comic book movie fans were dying to hear. Maybe he will do a set about adamantium to appease them?

I would have declared this one of the greatest internet troll jobs ever, except it was the movie news sites and social media that suggested it could be Wolverine. Jackman never even hinted at it. Plus his first love is clearly the musical, and this is the stuff that he is passionate about. A big, glitzy musical tour would be a huge deal for him. I wouldn't be surprised if Wolverine didn't even cross his mind nor has he thought about it much since Logan was released.

This reminds me of a few years back when Robert Downey Jr promised to release something on Twitter and everyone jumped to the conclusion that it had to be a trailer for the upcoming Avengers movies. Instead, we got a trailer for The Judge. Surprisingly, Downey's life wasn't just Iron Man and he wanted to use his star power to promote his other works. I remember the internet was baffled.

Here is a little secret for you all, when a star or company promises a surprise, they aren't obligated to reveal what you want or expect. A surprise is actually allowed to be anything, and there is a chance you could be disappointed. If you are set on it being a specific thing, then you are actually almost guaranteed to be disappointed.

Being a lifelong wrestling fan, may have helped me learn to lower expectations when celebrities or companies promise a huge surprise. Or at least, make me well aware that what I am envisioning may be entirely different then what is being concocted by the presenter.

Throughout wrestling history, wrestling has promoted a 'mystery partner' or a 'mystery opponent.' What it almost always has meant, is the company does not have a big draw for an upcoming match but if they promote it as a 'surprise' that may get people to tune in or buy a ticket on the hope it is the person they are imagining. The rule is that if a wrestling company has a real draw then they would promote that draw rather than promise a surprise. The reveal is almost never worth even doing a five second little happy jig over it.

Leading up to the 1996 Survivor Series, the WWF promoted a mystery partner in one of the eight man elimination tag matches. I remember reading heavy speculation that it may be the glorious return of Macho Man Randy Savage who recently disappeared from WCW television. Some lowered their expectation to think it was Ahmed Johnson who had been injured in the summer but was a relatively big star in the company at the time (most of you now are probably yelling, 'Who?'). Instead, we got a way past his prime and semi-retired Jimmy 'Superfly' Snuka for a one night only return. By 1996, he was about a decade removed from when he was an actual top star.

Two years later at another Survivor Series, Mankind had a mystery opponent in the first round of the WWF World title tournament and everyone I know was excited about it being the return of Shawn Michaels. It ended up being early 90s, formerly mulleted (but now bald) jobber, Duane Gill, someone who probably was only recognizable to big wrestling fans like me. He was a few rungs below Iron Mike Sharpe and SD Jones on the jobber ladder. It was about an Everest step down from Shawn Michaels.

It wasn't just the Survivor Series that taught me to not get excited about a mystery. In 1999, there was a several week storyline about a Higher Power who the evil Undertaker was following and the mystery figure was out to destroy Stone Cold Steve Austin. I remember reading online about how it would be Mankind turning heel, but instead it was just Vince McMahon, who had already spent over a year feuding with Austin. We were just getting the exact same storyline over again.

I did not mean for this to suddenly become an article about wrestling, but my point is that it has a long history of delivering farts in church surprises. In 1993 WCW, Sting promised a mystery partner that would shock the world and some hoped it would be the Ultimate Warrior debuting in WCW. Instead, we got WWF cast-off Tugboat wearing a Stormtrooper helmet covered in tin foil being called the Shockmaster (who you could say really stumbled in his debut).

There was the 2000 storyline of Austin hunting down the evil villain that ran him over with a car a year earlier. Who would be this vicious villain that would become the top heel in the company? Of course, it had to be the obese Rikishi who loved to dance and shove his bare ass in people's faces. Now, that screams main event heel.

This is not to make you so jaded to give up on a surprise delivering the goods. At Halloween Havoc '91 the Halloween Phantom was revealed to be a debuting in WCW Ravishing Rick Rude and kicked off a storyline that could be considered a precursor to the very successful NWO. In Survivor Series 1990, the mystery partner paid off with the debut of The Undertaker, one of the biggest stars in WWF/WWE history. So, sometimes a surprise is what you hope or maybe even better than you expected.

Of course, Survivor Series 1990 also had a giant egg that WWF promoted for weeks would hatch a huge surprise. Leading up to the event, I would debate with my friends what awesome wrestler would come out of that egg. Was it a returning King Kong Bundy? Maybe Ric Flair was finally coming? Nope. It was a giant dancing turkey called the Gobbledy Gooker.

So yeah, have fun guessing and debating what a huge surprise could be. But always assume that it isn't what you hope or want. It almost always is going to more likely be a guy in a turkey suit.
Hugh Jackman Movies Musings News Wolverine Wrestling