Pictorial Tale of the 2018 Spicer Halloween

November 01, 2018
You may have heard, there was this thing called Halloween yesterday. It made its way to the Spicer Compound. This is how we handled it. 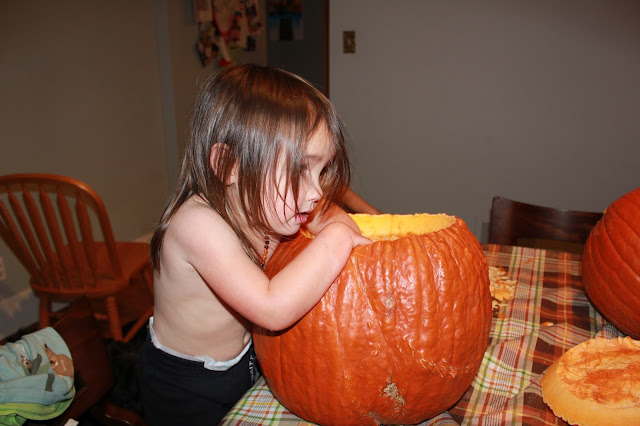 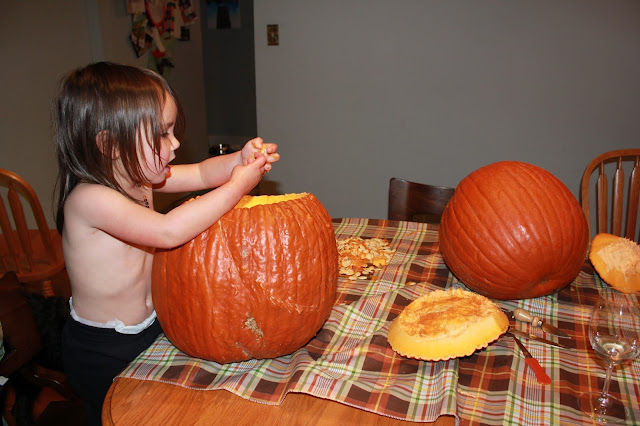 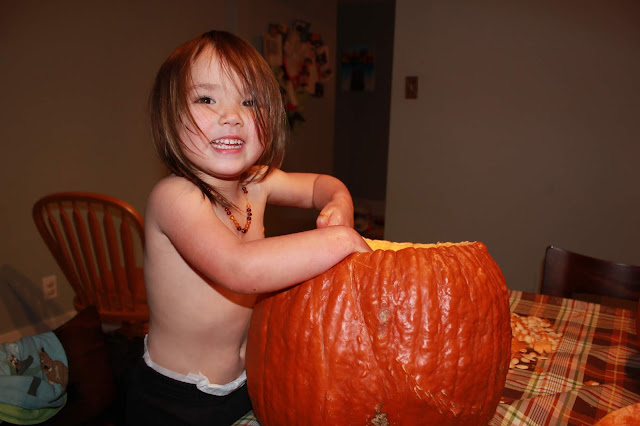 I take great joy in knowing Danika is channeling young Christopher who loved digging into pumpkin guts. She is also about as messy too. 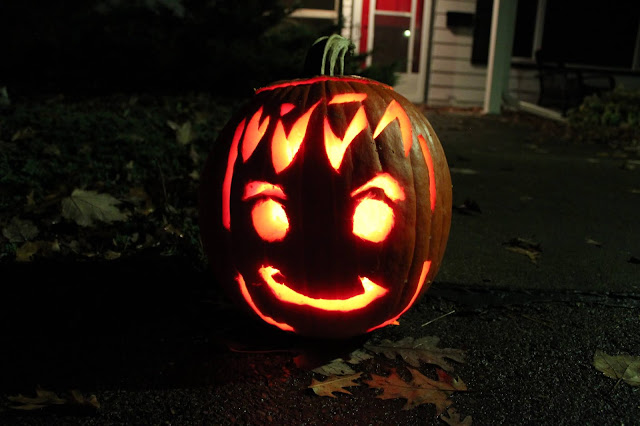 Everett wanted 'his jack-o'-lantern to be Groot. Emily drew the face and Everett carved it out. I would say it was a mighty fine job by my ambitious six year old (turning seven). 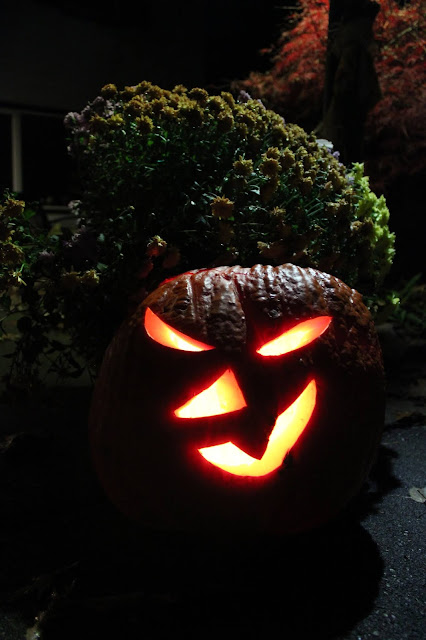 I asked Danika what she wanted her pumpkin to be carved into. She said 'make it an ugly monster that will scare the people and eat them all up.' This is what I settled on. This particular pumpkin was really bumpy and looked like melted wax, and it was really hard to carve. I ended up not using the typical pumpkin carver and had to resort to a steak knife. 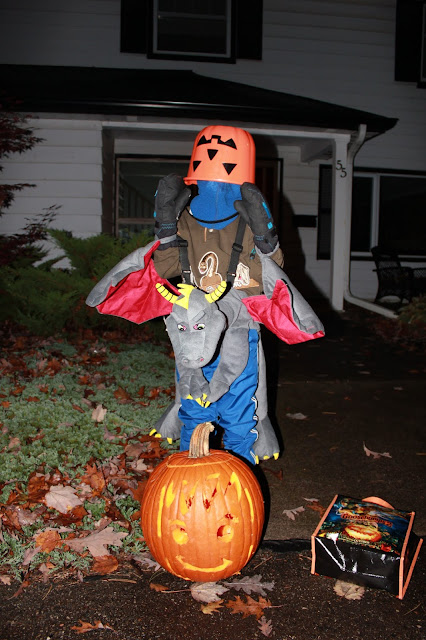 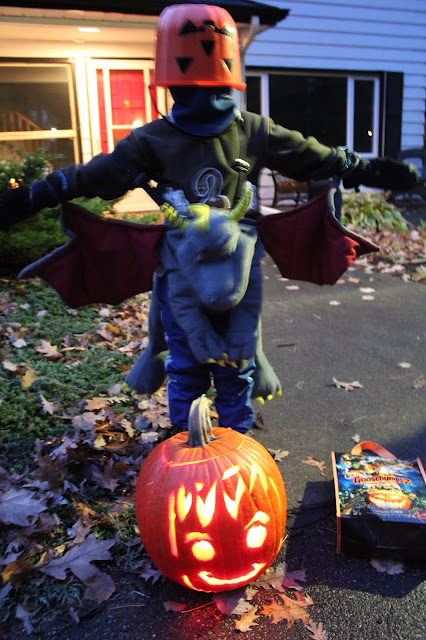 Up until the Halloween, Everett was being a dragon. He then decided that day that he wanted to be a creature riding a dragon. We didn't have time to find additions to his costume, but he decided to take his treat bucket and turn it into the head of his 'Pumpkin Knight.' So, this was his creation and surprisingly he didn't walk into too many walls or trees. 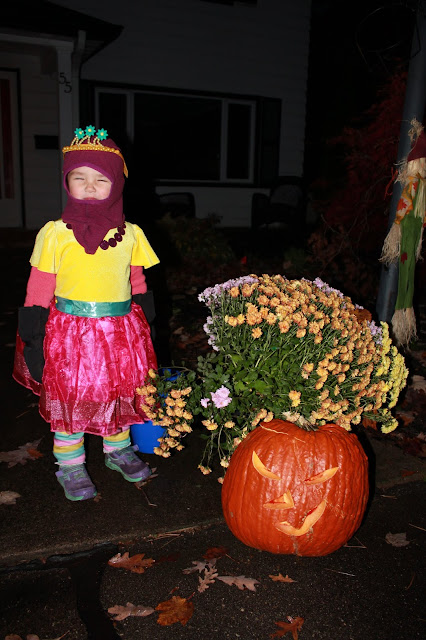 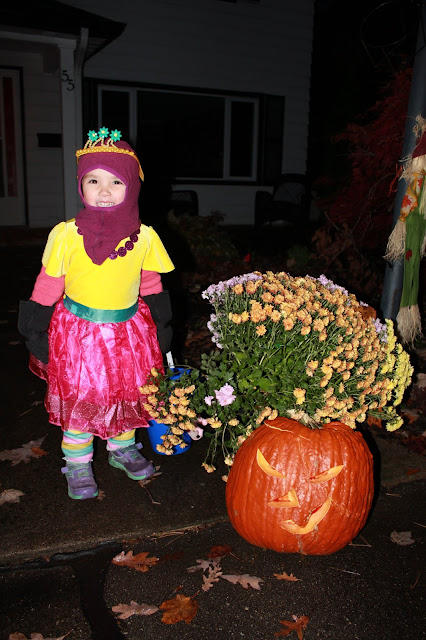 Danika was dressed up as Disney Junior character Fancy Nancy. But if you asked her, she was Fancy Dancy, then would give you a short dance to accompany that announcement. 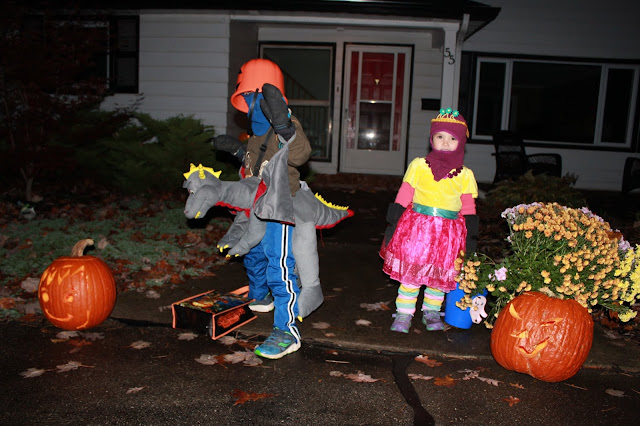 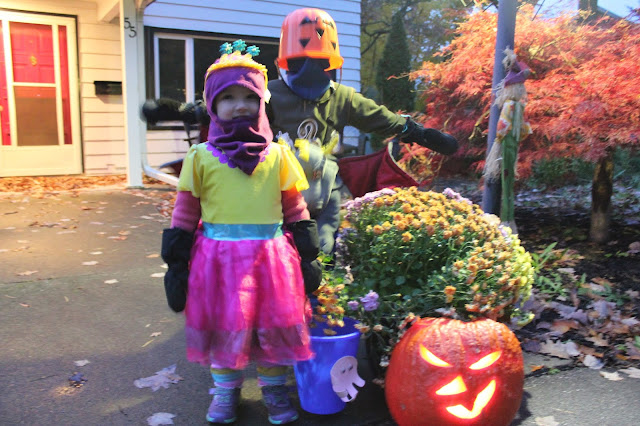